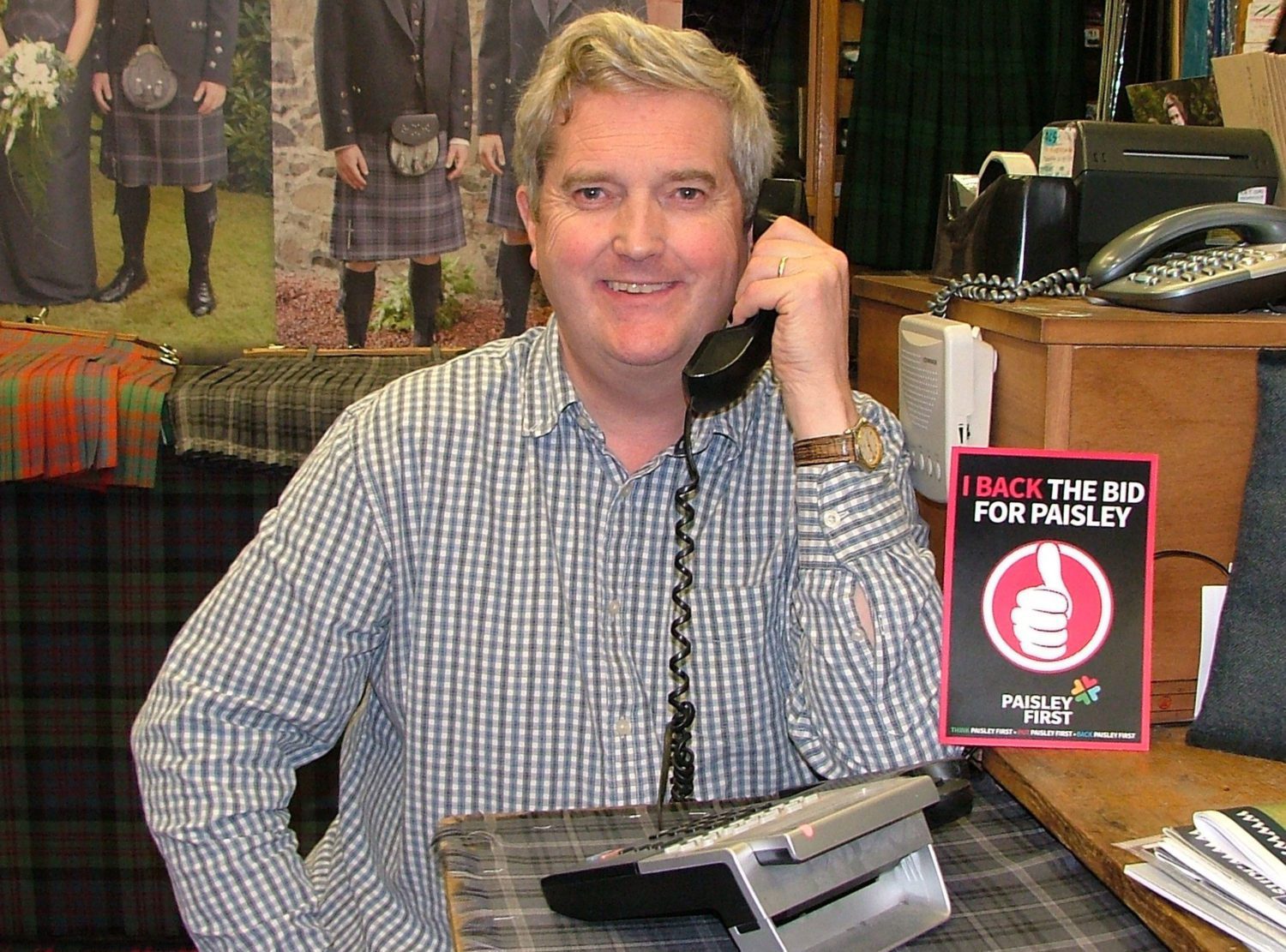 SMALL traders are the most likely to benefit from a vote to create a Business Improvement District, in Paisley.

That’s the view of respected town centre businessman Ken MacDonald, who is backing the creation of a Paisley BID.

He says businesses elsewhere in Scotland have saved more money than they actually pay in the levy to their local BID.

Ballot papers have been sent to businesses in Paisley town centre asking if they want to set up a BID.
And Ken, of Houston Kiltmakers, in Paisley High Street is urging fellow traders to support a BID because it will –

* increase footfall in the town centre by organising events and marketing campaigns;
* act as a buying group for local businesses negotiating cheaper utility bills;
* and become a campaigning voice for town centre traders on issues such as business rates, town centre cleanliness, comfort and safety.

If there is enough support to form a Paisley BID, a board of directors will be elected from the local businesses community to run the not-for-profit company. And the small levy paid by local businesses will fund various initiatives to boost trade in the town centre
Ken says: “Small businesses will benefit most from having a BID in the town as they have the most to gain financially from increased footfall and savings to their electricity, phone, water and credit card costs.

“As an experiment into what kind of savings a town centre trader can make through having a Paisley BID working for them, I used similar methods and I am now paying £1000 a year less on my phone bill and £600 a year less in electricity.

“This just goes to show that for the average BID levy of £349 a year – much less per day than the price of a cup of coffee – businesses could actually win back or even profit from their ‘investment’ in the BID with utility savings.

“And that’s before you even factor in the benefit to trade of increases in footfall in the town centre.”

One café operator in Alloa, Clackmannanshire has told how her local BID saved her more than the annual levy she pays. Morag Welsh, of The Tearoom said: “The Alloa BID has helped us save £1000 per year on my electricity bills throughout their free utility audit. These savings are much greater than my annual levy payment.”