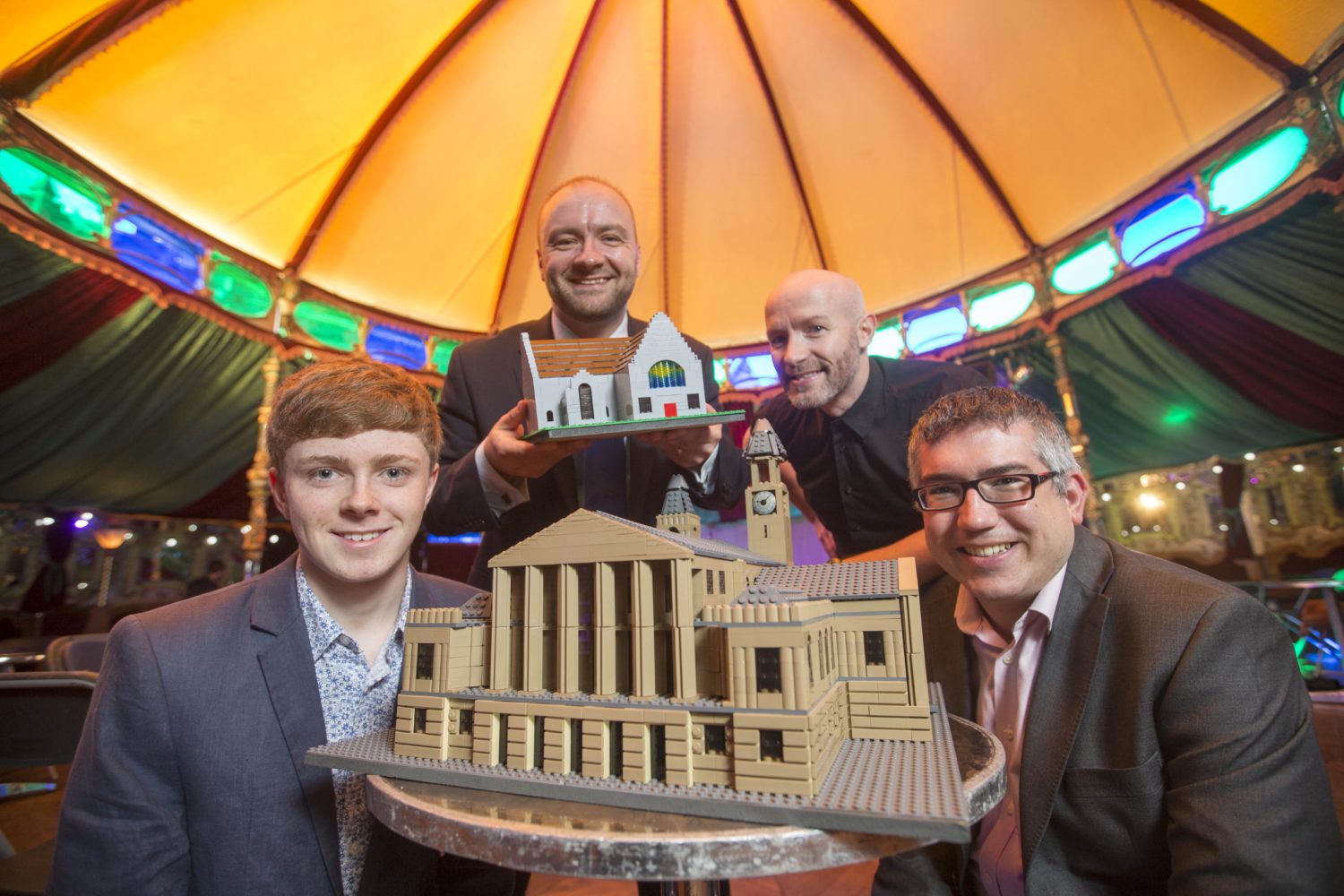 Paisley is getting set for an entertainment bonanza this month, with two major cultural events launching in the town at the same time.

This weekend sees the launch of the third annual Spree festival, as well as the opening of the eagerly-anticipated Brick Wonders LEGO ® exhibition at Paisley Museum.

The Spree will see more than 60 shows at various venues in the town over the next nine days, with a programme covering music, comedy, film, theatre and more.

The festival opens tonight (Friday) with shows from comedian Craig Hill and Caledonia singer Dougie MacLean in a specially-built Spiegeltent in the town centre.

Other headline shows include a sold-out musical collaboration between King Creosote, Roddy Hart and the Lonesome Fire and the RSNO in Paisley Abbey, as well as performances from comedians Russell Kane and Daniel Sloss.

Brick Wonders will see some of the world’s ancient, natural and modern marvels recreated in Lego, and will run at Paisley Museum until February.

It is the follow-up to the massively-successful Brick City exhibition, which smashed attendance records at the museum last year.

LEGO artist Warren Elsmore has recreated wonders ranging from the Pyramids of Giza and the Great Wall of China to the International Space Station and the Great Barrier Reef.

The events were jointly launched today at the Spiegeltent by Craig Hill, Warren Elsmore and local LEGO animator Morgan Spence, whose videos will feature as part of the exhibition.

The two events are being staged by Renfrewshire Council as part of a wider drive to transform the area’s future by making the most of the area’s heritage and culture.

Councillor Stuart Clark, convener of the council’s Sport, Leisure and Culture Policy Board, said: “We are delighted to be able hold these two superb cultural events here in Paisley.

“We want to show people in Renfrewshire and elsewhere they don’t have to head to the city for great family entertainment as there is plenty happening on their doorstep.

“The council this year unveiled ambitious plans to use Paisley’s internationally-significant heritage and cultural assets to drive a wide-ranging programme of regeneration over the next decade.

“If all goes well, we would be looking at a bid for UK City of Culture in 2021, so we would hope to bring even more top-class events here in the future.”

To see the full Spree bill and buy tickets, visit www.thespree.co.uk or visit the box office in Gilmour Street.