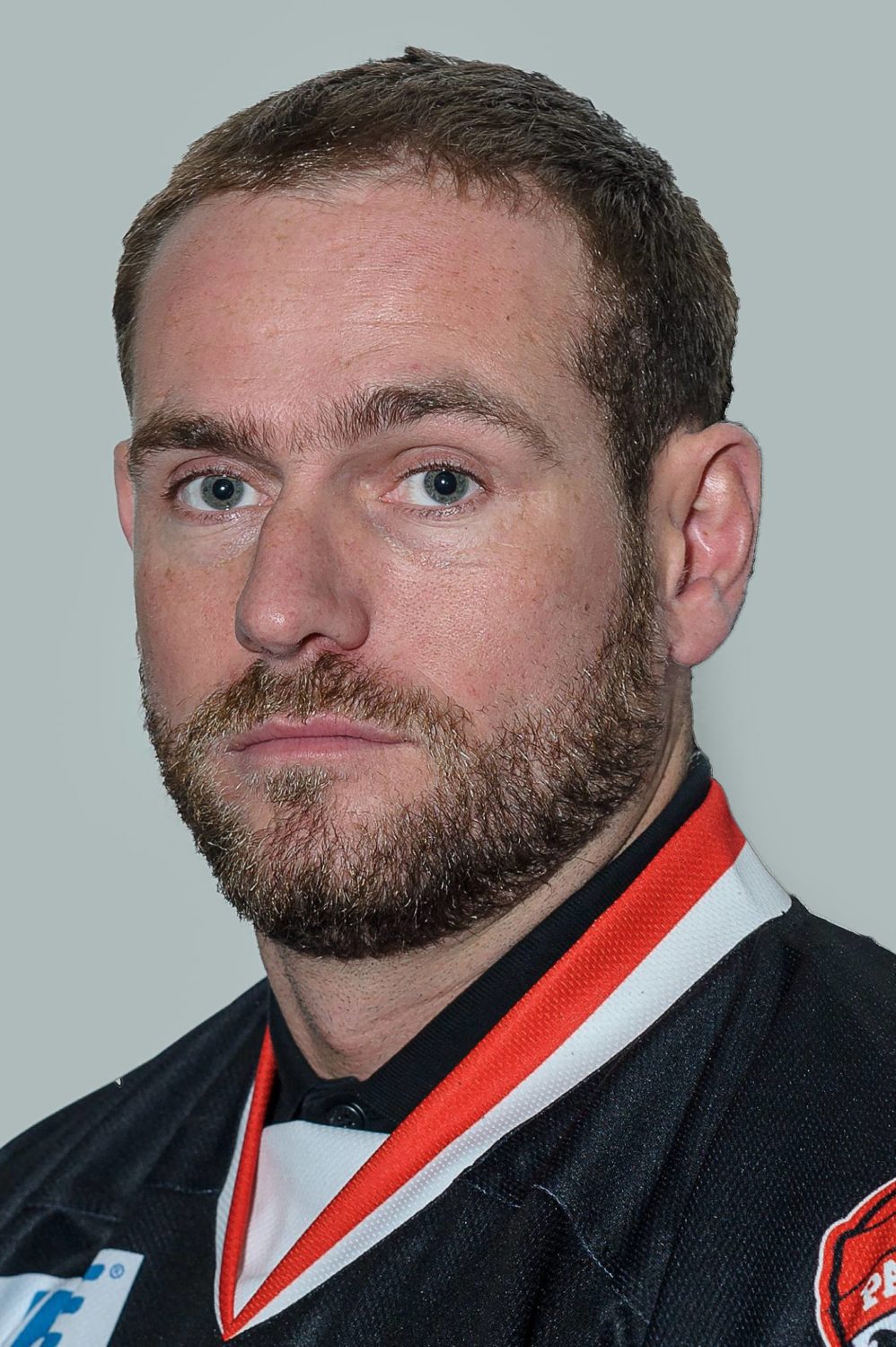 Paisley Pirates are delighted to announce that iconic defenceman Chris Conaboy has returned to the club, and goes straight into the squad for this weekend’s Autumn Cup semi final first leg against the Solway Sharks at the Braehead Arena (face off Sunday at 6.00pm).

“Yes, Chris has been training with us for the last wee while, and we actually registered him as a player a week or two ago. Both he and the club have been very keen to see him pull on a Pirates’ top once again, but we mutually felt that he wasn’t quite ready to return for our double header weekend at Dundee and against Edinburgh. The extra week has allowed him to fine tune himself and he’s absolutely bursting to get back on the ice.”

“He suffered a very bad injury several years back and at one stage it looked as if he might not play again. However, he’s been working very hard on maintaining his high fitness levels at the Pro-Life gym all of that time, and he’s looked very good in training, so we have no hesitation in putting him back in again. People tend to think of the physical aspects of his game and forget that he is actually a powerful skater who moves the puck well, and like all our other signings of the last few weeks he’ll add something else to the team. It’s a great signing for Chris, and it’s a great signing for us!”

“We’re already seeing the difference in the team as a result of the new and returning players whom we’ve added to what was already an excellent group of players, and I’ve got no reason to think that bringing Chris back is anything other than excellent news for the Pirates, and even better news for our fans!”