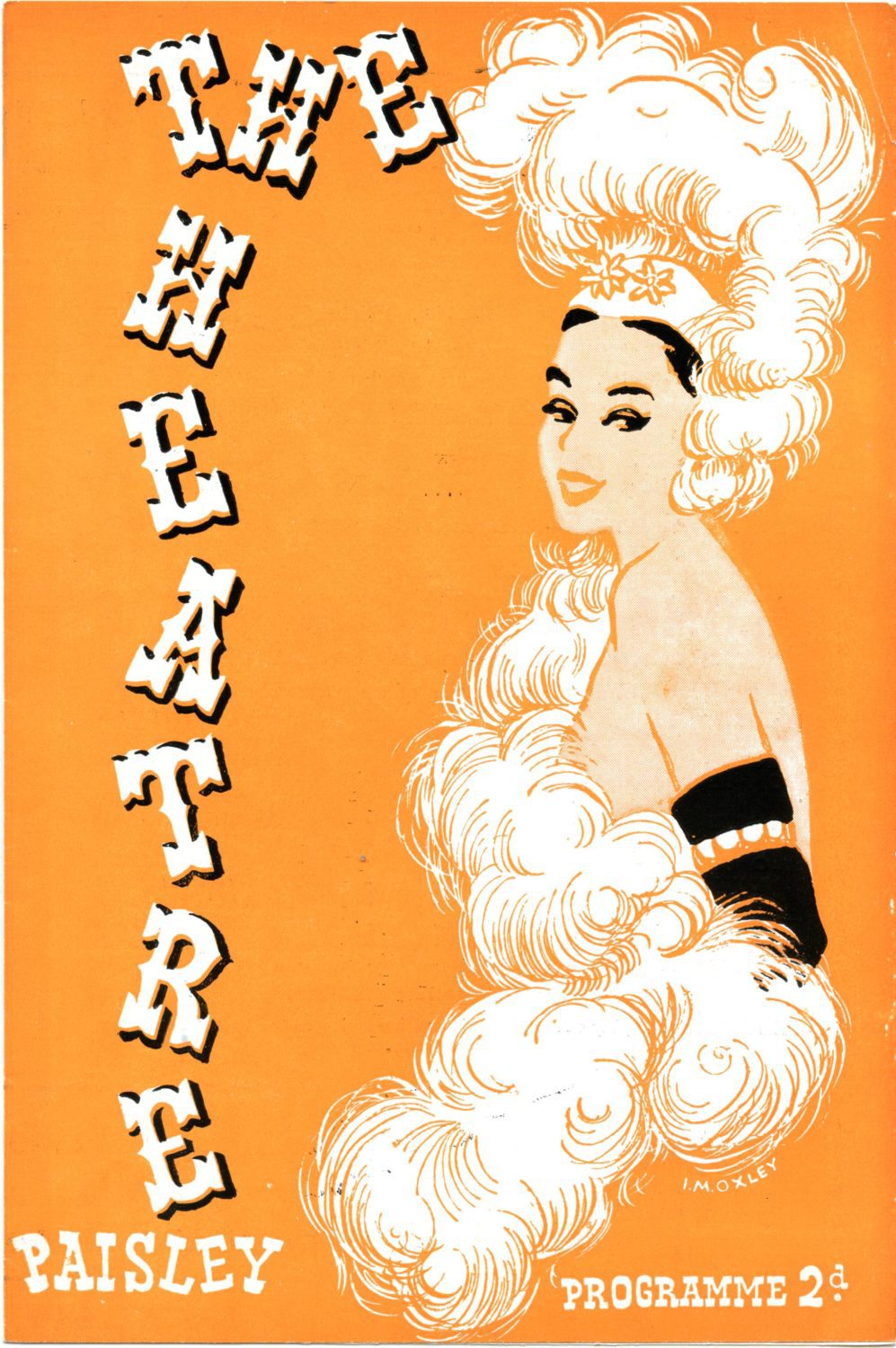 Would a stroll down memory lane take you to the steps of the Paisley Theatre, scene of amateur operatics, theatre repertory, and performances by the Logan family, Andy Stewart and other luminaries?

If it would, members of the Scottish Theatre Archive “On Stage” project would like you to join them in a journey of reminiscence.

On Thursday, October 16, as part of The Spree festival, Paisley Central Library, in partnership with the Scottish Theatre Archive, will host a drop-in day – “Your Theatre History” – that will fulfil two functions.

Professor Adrienne Scullion, who holds the James Arnott Chair in Drama at the University of Glasgow, said: “The Scottish Theatre Archive is an essential collection for anyone interested in the story of theatre and drama in Scotland but it’s also a fantastic resource for anyone interested in social and cultural history more widely.   This event will allow us to showcase the historical riches held in both the Scottish Theatre Archive and Paisley Library’s Heritage Services  and just might also unlock a few new memories about our theatrical heritage too.”

The morning session, “Exploring Your Theatre History”, is an opportunity for people who want to carry out their own research into friends or relatives who worked or performed in the theatre. It will allow them to tap into the resources and expertise of the Heritage Services and the Scottish Theatre Archive, which is based in the University of Glasgow Library’s Special Collections department and has a mission to preserve and promote interest in Scotland’s theatrical heritage. Anyone interested in this part of the day is advised to phone or email the Scottish Theatre Archive with the details of their inquiry in advance.

The afternoon session is entitled “Remembering  the Paisley Theatre” and is a celebration of memories of  that theatre (also known as the Victory Theatre) on Smithhills Street, which opened in 1890 and closed in 1959.

Over two hours, there will be a talk, short film screening and informal group discussion which will allow participants to share memories of the Paisley Theatre with members of the Scottish Theatre Archive and Paisley Library Heritage Services. They would particularly like to hear from anyone who remembers appearing at the theatre in amateur productions, or seeing Scottish variety shows there in the 1940s and 1950s. Both events are being held at Paisley Central Library.[/vc_column_text][/vc_column][/vc_row]

Glasgow News? Daily Updates part of our network
CONTACT THE ELDERLY CALLS ON SUPPORT NETWORK THROUGHOUT SCOTLAND HELP IT ACHIEVE...