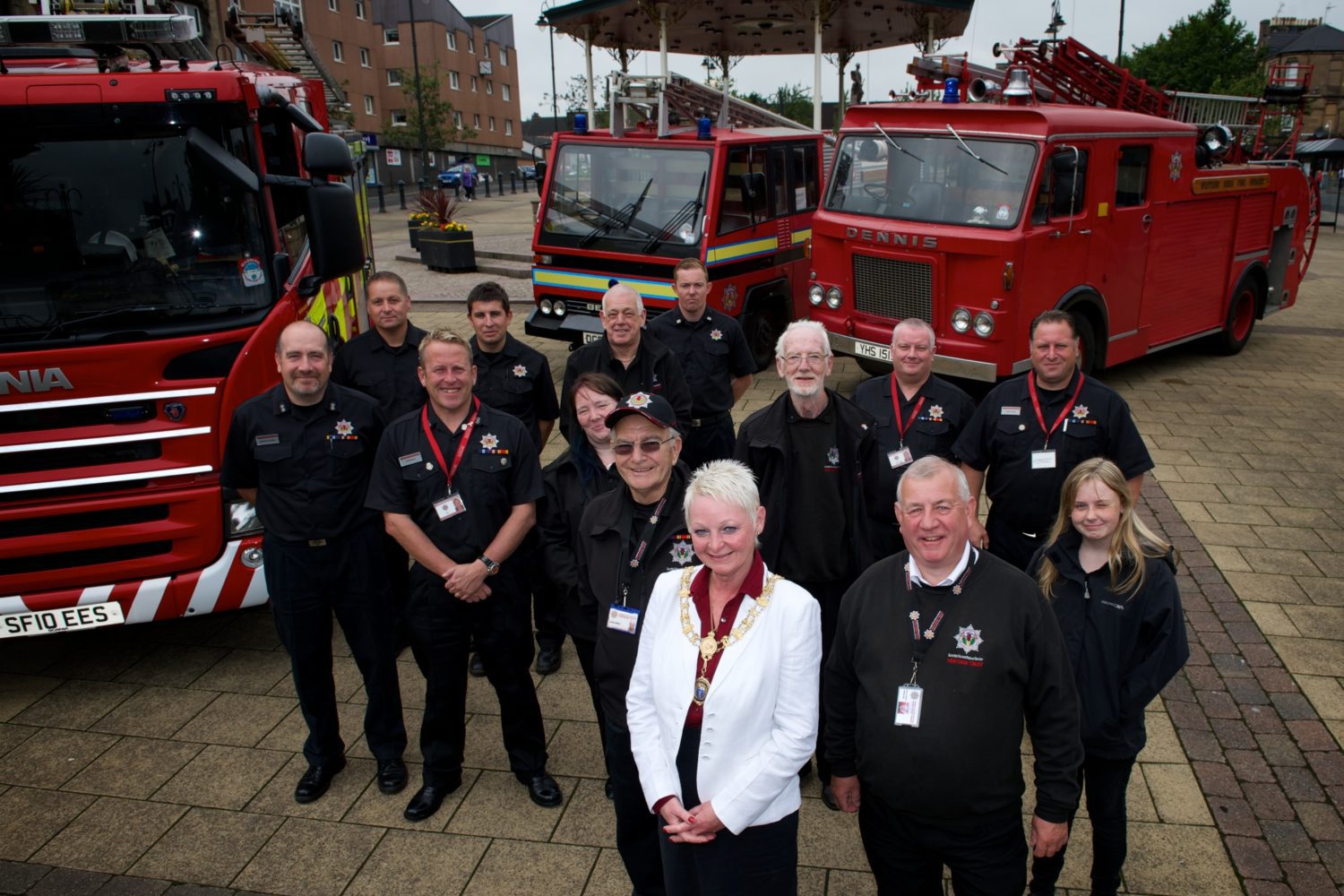 Johnstone residents are being invited to check out vintage vehicles from through the ages this month when the area hosts one of the area’s most popular annual events for the first time.

The Fire Engine Rally will take place in the town’s Houston Square on Saturday 16 August from 11am to 4pm, and will give residents the chance to get up close to magnificent machines from throughout the decades.

The event – run by Renfrewshire Council and the Scottish Fire and Rescue Heritage Trust – has taken place in Paisley for the past four years, but is now on the move to Johnstone.

The day will start with a parade of vehicles from the town’s fire station, leaving at 11am, with the fire engines due to assemble in Houston Square for the rest of the day.

Visitors will be able to enjoy family entertainment throughout the day, including chip-pan fire demos from the Scottish Fire and Rescue Service, and a bouncy fire engine.

Renfrewshire’s Provost Anne Hall will be taking a starring role on the day – when she is cut out of a car and ‘rescued’ by firefighters.

She met with members of the SFRS Heritage Trust, and serving firefighters from Johnstone Fire Station, to help promote the event, alongside two fire engines dating back to 1982 and 1970 respectively, and one of the current ones from Johnstone.

Provost Hall said: “The Fire Engine Rally has been a popular part of the council’s town centre events programme for a number of years now.

“In previous years it has attracted a crowd of thousands – and it would be lovely to see a similar turnout for the event in its new home in Johnstone.

“Events like this are great for bringing in a crowd and boosting local traders, and we are keen to spread those benefits around the entire area.

“The people at the heritage trust show tremendous dedication to maintain these vehicles and keep them alive for everybody to enjoy, and they deserve a lot of credit for that.

“And the event offers a great chance for serving firefighters to meet the public and for everybody to show their appreciation for the great work our emergency services do.”

Dave Adam, chair of the Scottish Fire and Rescue Service Heritage Trust, added: “This is the fifth year we have held the event, which has been bigger and better each year.

Warm welcome for return of Grand Fountain
Scroll to top