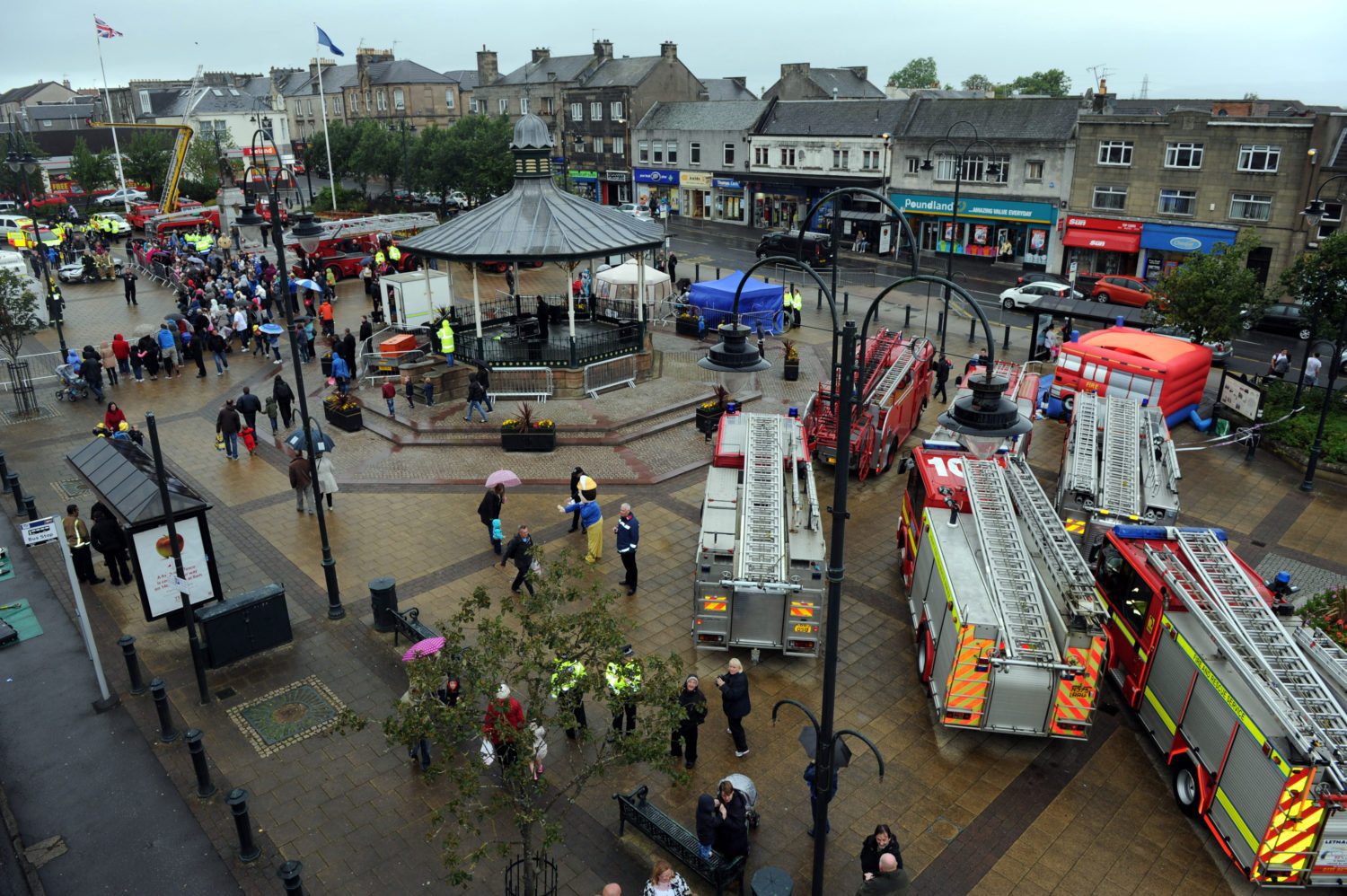 [vc_row][vc_column width=”1/1″][vc_column_text]A crowd of thousands saw vintage vehicles from through the ages when the ever-popular Fire Engine Rally made its first appearance in a new home.

The event was taking place in Johnstone for the first time, having been in Paisley in recent years, and fire appliance fans young and old flocked to Houstoun Square.

The day kicked off with a parade of classic fire engines from years gone by from the town’s fire station to the town centre, led by the 1st Houston Boys’ and Girls’ Brigade Pipe Band

In the square, visitors were able to get up close with the vintage engines, with firefighters providing other entertainment such as chip-pan fire demos.

Renfrewshire’s Provost Anne Hall was at the centre of proceedings when she was ‘rescued’ from a car during a demonstration by firefighters.

She said: “The Fire Engine Rally has always been a well-attended event and it was great to see it proving popular in its new home of Johnstone.

“Our events programme aims to generate a boost for own town centres by bringing in a crowd, and the feedback we had from Johnstone traders was positive.

“The fire engines are always a big attraction for young and old, and the level of attention they get is testament to the hard work of the volunteers from the trust to lovingly preserve and restore the vehicles.

“It is also a great chance for the firefighters to meet the public and showcase the great work that they do while spreading the fire safety message.

“My thanks go to them for keeping the crowd entertained and for helping to rescue me once again!”

David Adam, chair of the SFRS Heritage Trist, added: “The Fire Engine Rally was a great success – the square was really busy when the parade arrived.

“The new venue helped add something to the event after four years in Paisley and I look forward to repeating that in the years to come.”