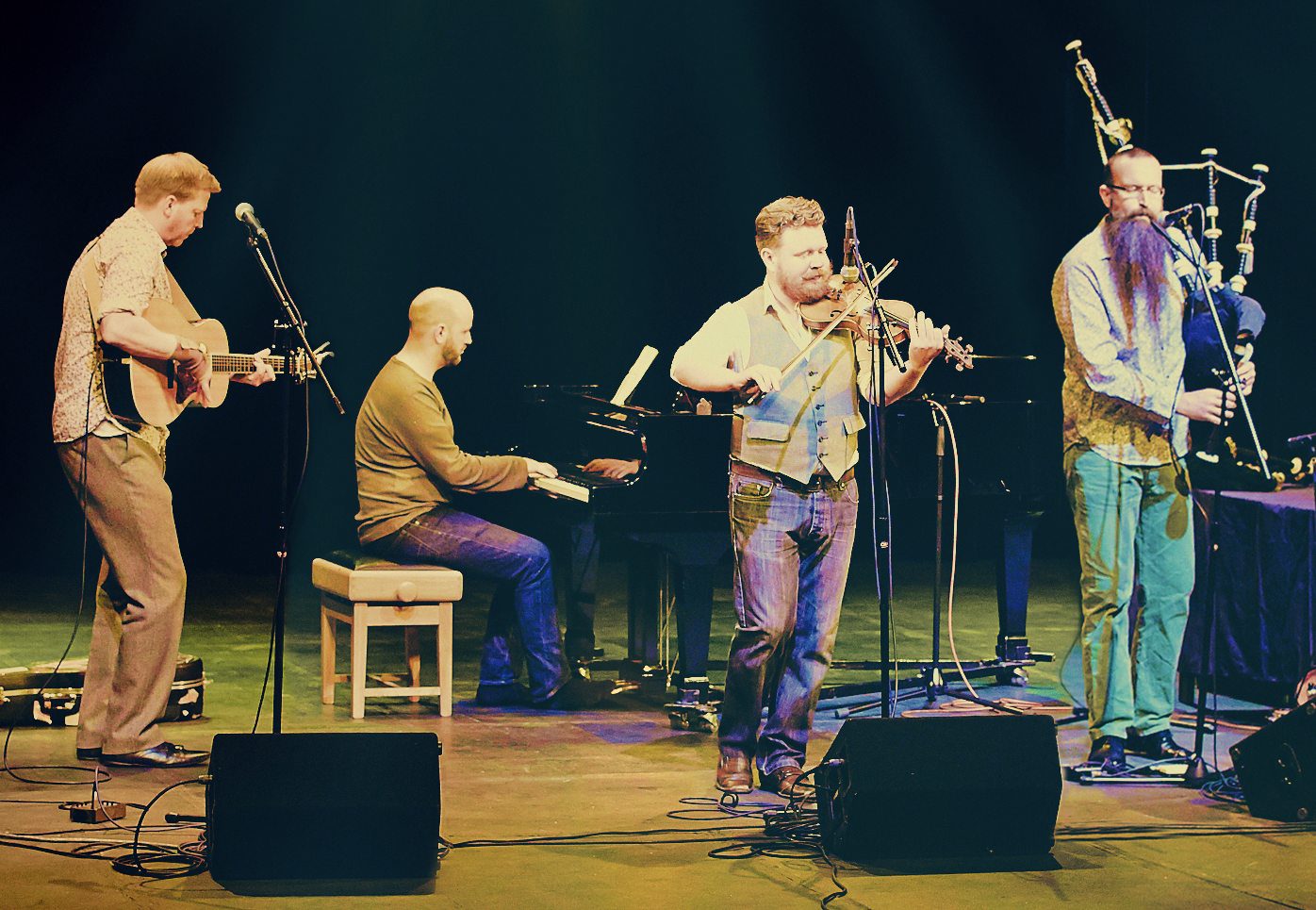 One of the great institutions of Scottish traditional music, Battlefield Band, will be performing at Paisley Arts Centre next month. Formed in Glasgow in 1969, with over 30 albums and countless awards, this is a music gig not to be missed!

Having performed all over the world from Germany to Hong Kong and China to Sri Lanka, Battlefield Band have been on the road for over 45 years distilling their own unique form of the Scottish spirit.

Their latest album, ‘Room Enough For All’ was awarded Album of the Year at the prestigious MG Alba Scots Trad Music Awards in 2013 and they were recently awarded ‘Vox Pop winner’ in the ‘World Traditional Song’ category at the 13th Independent Music Awards.

Their seamless fusion of the ancient and contemporary has continually evolved over the decades, confirming their position as vital composers and interpreters at the forefront of a living tradition. Their latest release ‘Room Enough For All’ captures the fiery instrumental dynamics, intuitive interplay and understanding between world class musicians, while their plaintive ballads and tales of social history are as powerful and relevant as ever.

Battlefield Band will be performing at Paisley Arts Centre on Friday 5 September at 7.30pm. Tickets are £12 (£10 conc) (+ booking fee*) and can be bought at the Box Office (located in Paisley Arts Centre), by phone on 0300 300 1210 or online at www.renfrewshire.gov.uk/onlinebooking.[/vc_column_text][/vc_column][/vc_row]

Residents urged not to miss out in referendum
Scroll to top