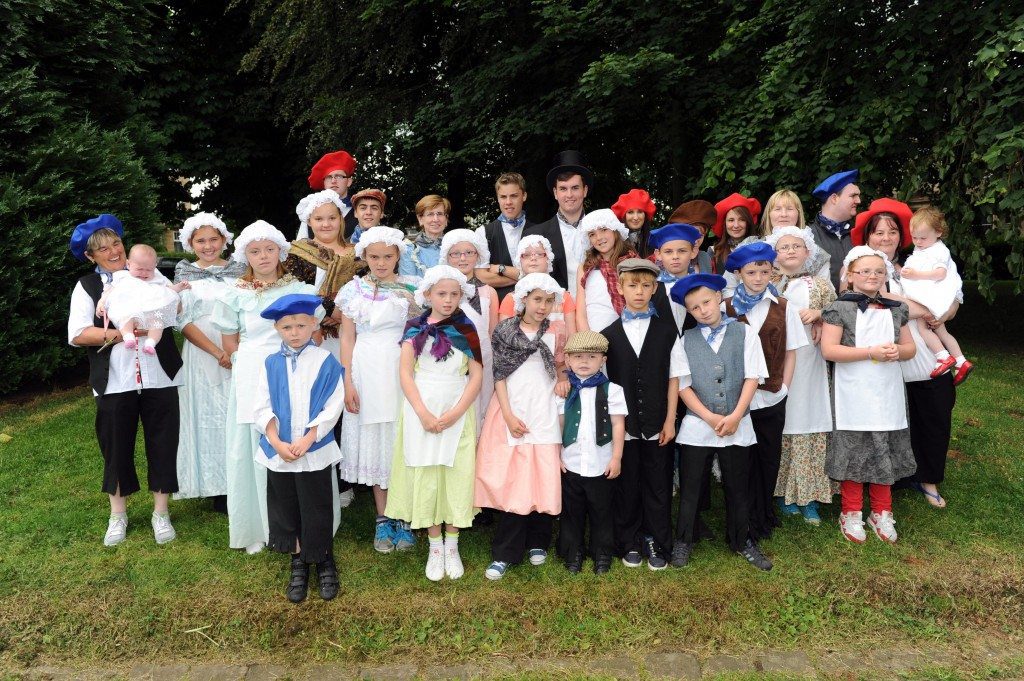 The popular annual event took place in the usual venue of Abbey Close and saw a crowd of thousands turn out over the course of the day.

The day – one of the oldest workers’ festivals in the world – kicked off with a traditional parade from Brodie Park to the town centre, led by the beating of the Charleston Drum. There, attractions included funfair rides in Bridge Street, as well as stalls such as the Slug in a Bottle market, offering vintage clothes and accessories.

The outdoor stage featured local bands from Create and Loud N Proud, as well as performances from PACE Youth Theatre Group, including an original piece called ‘Paisley: My Hopes My Dreams’.

Older people were also able to escape the crowds with a tea dance on in Paisley Town Hall.

Renfrewshire’s Provost Anne Hall was among the crowds on the day, and she said: “Once again, Sma’ Shot Day was a big hit with young and old alike. It’s always a pleasure to get out and about at these events.

“Sma’ Shot Day provides a link with the area’s proud past at the centre of the world’s textile industry.

“It is important we keep that history alive for future generations, which is why it is great to see the kids from PACE on stage doing just that.

“The council’s town centre events programme is key to the work we are doing to help regenerate the area, and we have a packed calendar of events over the next few weeks.”

Sma Shot Day celebrates the victory of Paisley’s weavers over the town’s mill owners in the 19th century.

The owners refused to pay their staff for the Sma’ (small) Shot thread, which was unseen but held together the famous Paisley-patterned cashmere shawls.

Renfrewshire will play host to several other big events this July. The Renfrewshire leg of the Commonwealth Games Queen’s Baton Relay will tour the area on Thursday 17 July, with the Paisley Pipe Band Competition two days later.

On Saturday 26 July, County Square will host the world’s only pop-up track cycle race event, when StreetVelodrome makes its debut in the town.