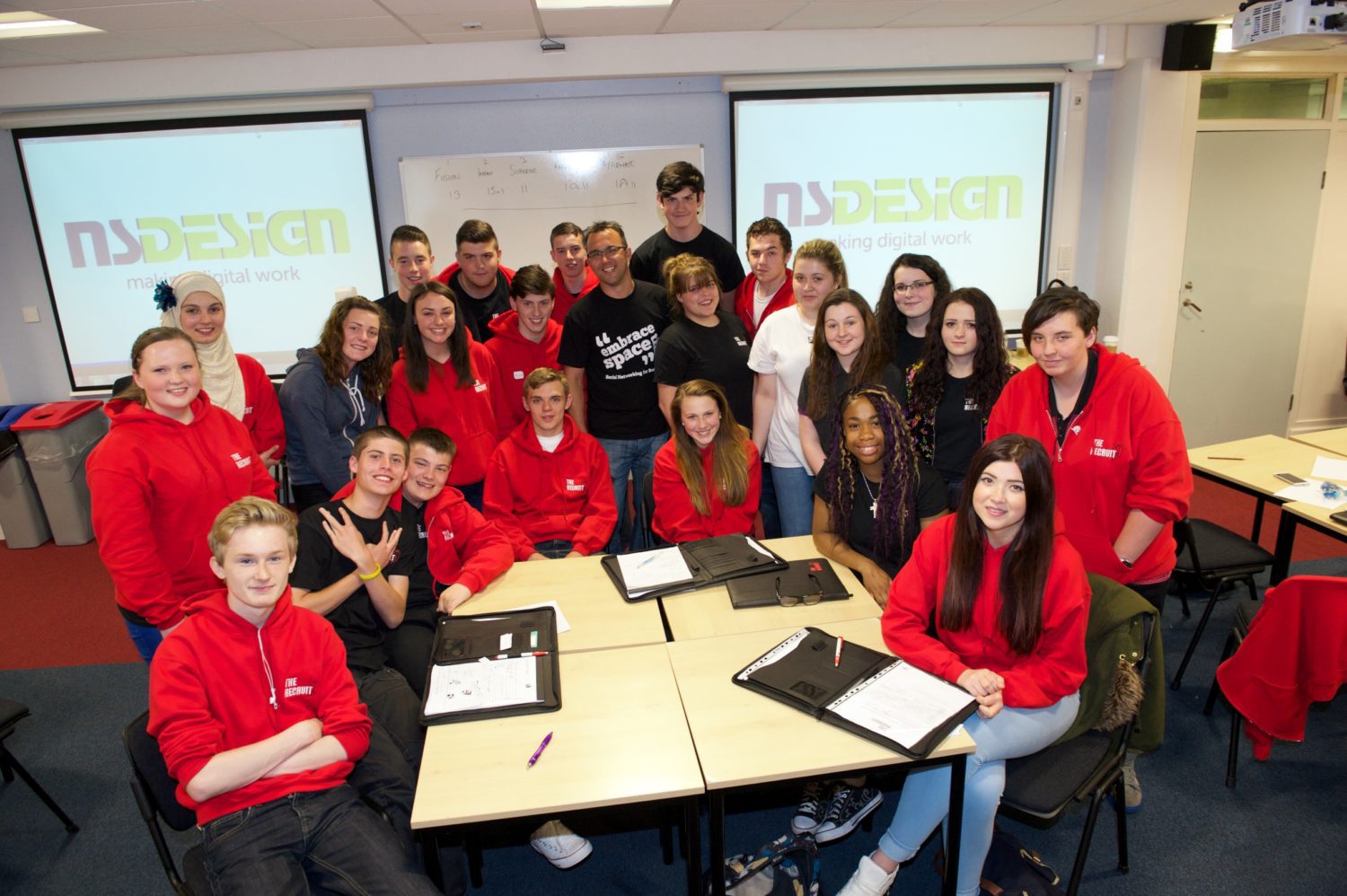 A group of young people on a council-run youth employment programme were given the chance to get social after a masterclass with a Facebook expert.

The 30 S5 and 6 pupils on the latest edition of The Recruit were set a series of tasks by Gary Ennis of Hillington-based firm NS Design as their latest business challenge.

The Recruit is loosely based on TV’s The Apprentice and sees young people compete through a series of enterprise challenges, with jobs on offer for the winners.

Gary talked the youngsters through the pros and cons of using social media as a business before asking them to set up a business Facebook profile and see how many ‘likes’ they could pick up before the end of the day.

This year’s summer edition has two sections – one for S5 and 6 pupils from Renfrewshire schools, and another for unemployed 18 to 24 year-olds.

Gary said: “I think the Recruit programme is really valuable, and credit to the council because they do it well and you see it making a big difference.

“I talked them about Facebook and Twitter and how it can be significant in the workplace, but also about how it can get you into trouble if you leave comments that potential employers might read.

“Working with the Recruits is something I always find really inspiring – when you give them licence to speak up and take initiative it’s great to see the results.

Councillor Roy Glen said: “Helping young people find work is one of the biggest priorities of this council, and the Recruit is one of many initiatives run under our successful Invest in Renfrewshire scheme to tackle unemployment.

“The Recruit has been running in Renfrewshire now for five years and in that time it has given hundreds of local young people a valuable taste of the working world, and a helping hand into employment.”[/vc_column_text][/vc_column][/vc_row]