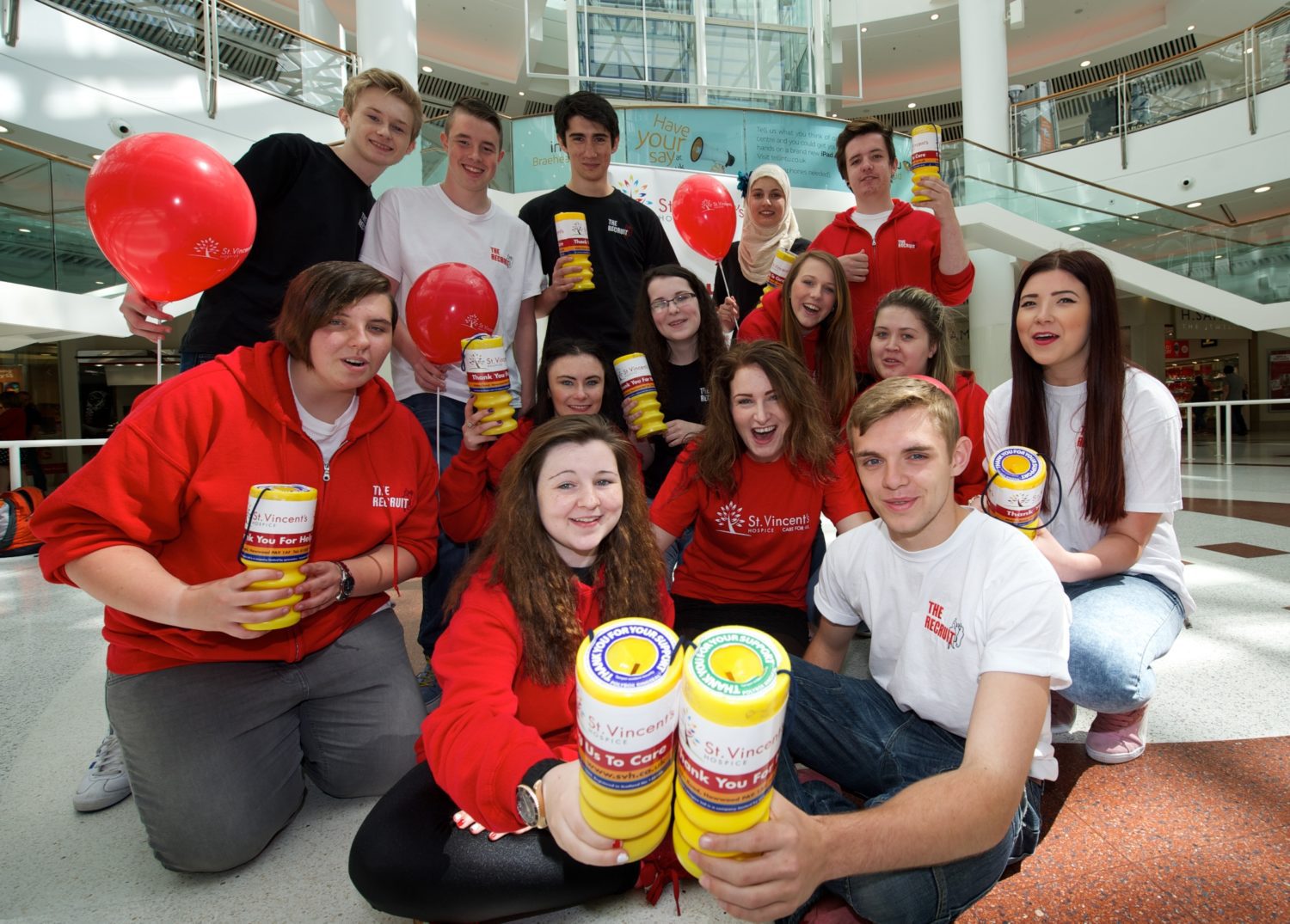 Recruits are just the jobs for charity

A group of 30 young people from a popular council-run youth employment programme rattled their tins to raise hundreds of pounds for a local charity.

The S5/6 youngsters on the Recruit programme – loosely based on TV’s The Apprentice – raised the cash for St Vincent’s Hospice by taking collection cans and buckets across Braehead shopping centre.

Every year, the organisers of The Recruit – which sees a group of young people compete through a series of business-based challenges with jobs on offer for the winners – choose a local charity to benefit from the young people’s work.

St Vincent’s will also benefit from a challenge where the Recruits will be asked to see how much money they can earn on an initial £1 investment from the charity.

Other activities taking place include bake sales, sponsored walks and runs and other charity fundraisers. The results will be announced at the Recruit finale on 18 August where all of the funds raised will be presented to St Vincent’s.

The Recruit is now in its fifth year and this summer’s programme has two sections, one for S5/6 school pupils and another for unemployed 18 to 24-year-olds.

Donna McLellan, community and trust fundraiser at St Vincent’s, supervised the Braehead challenge, and said: “The Recruits were wonderful ambassadors for St Vincent’s and they did a fantastic job.

“They had loads of energy and enthusiasm and that was reflected in the way they persuaded the public to contribute to the charity.

“It costs us £5,000 a day to run our charity and half of this comes from voluntary donations.

“Public fundraising can be tough and fundraisers have to be good-humoured and versatile. The Recruits showed they have what it takes.”

Councillor Roy Glen, Convener of Renfrewshire Council’s Economy and Jobs Policy Board, added: “The Recruit aims to equip our young people with skills that will benefit them in the workplace by giving them practical and business-based challenges.

“Every year we find another batch of young people who go on to do the area proud – and it is great to see them applying those skills by doing something that helps benefit a great cause like St Vincent’s.”

Glasgow News? Daily Updates part of our network
Renfrew residents are singing through the ages