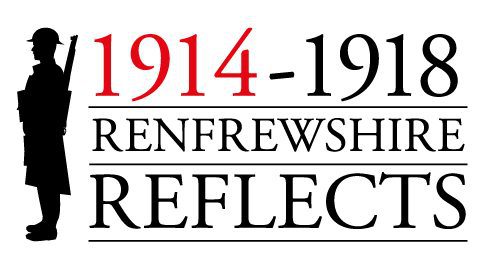 Renfrewshire’s Provost, Anne Hall, is inviting local people to join her in marking the moment when Britain declared war on Germany and become involved in the First World War.

A multi-faith service is being held at St Mirin’s Cathedral, Paisley on 4 August as part of the Renfrewshire Reflects commemorations. The service is open to the public and tickets are not required. Anyone interested in attending should contact Dorothy Kerr on 0141 618 7578 or email dorothy.kerr-es@renfrewshire.gov.uk.

The service starts at 10.15pm and finishes at 11pm when a candle will be symbolically extinguished, reflecting the words of Sir Edward Grey, the then Foreign Secretary, when he said, “The lamps are going out all over Europe and we shall not see them lit again in our lifetime.”

The service includes hymns and scripture readings. Members of the PACE Youth Theatre will also be reading war poems and extracts from First World War letters sent by a mother to her son at the front and by a serving soldier to his wife.

Provost Hall said, “I would like to invite everyone who can attend to join me at St Mirin’s Cathedral on 4 August to mark the 100th anniversary of Britain’s entry into the First World War. We will not be celebrating the event. At the time, the First World War was the most terrible conflict humanity had ever seen. It was originally called the Great War and the War to End All Wars. We will be coming together to reflect on events which cost the lives of millions of people across the globe and give thanks for the peace that we enjoy.”

All the lights except one will also be switched off in Renfrewshire House, the council’s Paisley headquarters, as part of the Lights Out initiative. Lights Out is a UK wide invitation to everyone to turn off their lights from 10pm to 11pm on 4 August, leaving on a single light for a shared moment of reflection.

Britain declared war on Germany at 11pm on 4 August 1914 after the Germans refused to withdraw their forces from Belgium. Britain was bound by the 1839 Treaty of London to guarantee Belgium’s neutrality and come to its aid if the country was attacked.

Renfrewshire Council is taking part in a national programme of commemorative, educational, cultural and community events to mark the 100th anniversary of the outbreak of the First World War.

The events will honour and remember the lives of those who served in the First World War and those who were affected by it. The commemorations will span a four-year period from 2014 to 2018. They will focus on the impact of the war and on marking the significant events of the conflict. The service at St Mirin’s Cathedral marks the first key date.[/vc_column_text][/vc_column][/vc_row]