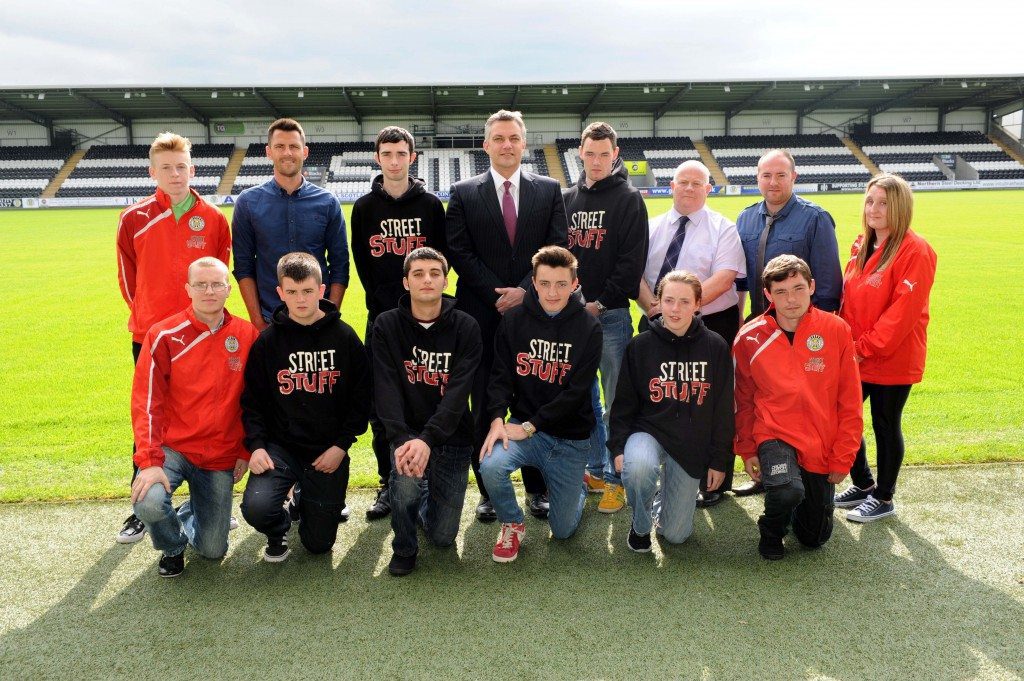 New coaches have the right stuff for Street Stuff

An award-winning scheme which uses football to help reduce youth crime has made a few summer signings, with help from a council employment programme.

Street Stuff is a partnership between various local agencies, including Renfrewshire Council and St Mirren FC, running a number of free activities for teenagers at youth disorder hotspots.

And Street Stuff has just recruited another five coaches from a group of unemployed young people who took part in a sports coaching programme. The positions are being financially supported through the council’s flagship Invest in Renfrewshire programme to tackle unemployment, which offers financial support to help local businesses grow and create jobs.

A total of 13 young people took part in the 10-week sports and employability programme run by St Mirren, with funding from the SPFL Trust, which gave them an SFA football coaching qualification as well as practical work experience.

Five of them – Joe McNally, Scott Britt, David Anderson, Lauren O Donnell and Chris Burns – have been awarded full-time jobs, while the other eight will all be able to pick up sessional work with Street Stuff.

Councillor Macmillan said: “Street Stuff has been running in Renfrewshire for a few years now, and has contributed to a dramatic fall in the rate of youth disorder in the areas where it operates.

“The council has a focus on creating jobs and providing opportunities for young people through our Invest in Renfrewshire programme, and we are delighted to be able to help expand the scope of Street Stuff in this way.”

St Mirren chief executive Brian Caldwell added: “The value of these programmes is in the difference you see in the young people.

“They have come on quite a journey – you see a real change in their confidence and self-esteem over the ten weeks.”

Street Stuff sessions include street football and a mobile youth club called The Box, and the summer timetable sees them take place at five locations across Renfrewshire six nights a week.

The full timetable can be viewed at www.renfrewshire.gov.uk[/vc_column_text][/vc_column][/vc_row]