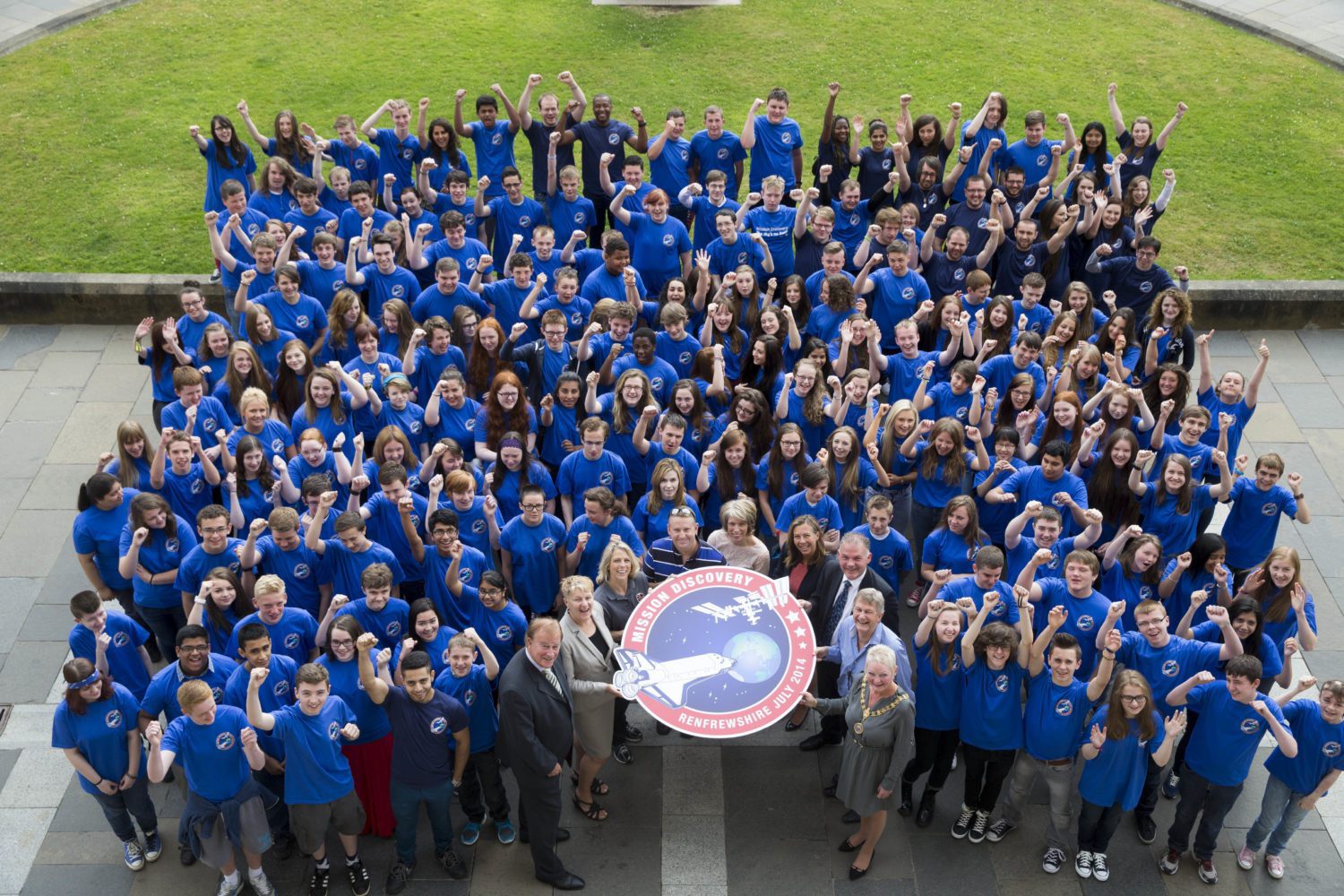 A team of former NASA astronauts, trainers and scientists have touched down in Paisley to run an exclusive one-week space school for 200 young people.

Mission Discovery is an international educational programme which has never before been brought to Scotland.

Renfrewshire school pupils from S3-S5 will be the first of their age group to have the opportunity to take part in Mission Discovery. They will be joined by students from both the University of West of Scotland and West College Scotland.

In teams they will work with the experts to come up with an idea for an experiment to be carried out in space. The best idea will be selected, built and launched to the International Space Station where astronauts will carry out the experiment.

Chris Barber, of ISSET, said: “We are delighted to be working with Renfrewshire Council to enable these boys and girls to have this fabulous opportunity to have their ideas carried out by real astronauts and sent to space.

“This means they are able to do something which is usually only open to the world’s elite scientists.”

Mission Discovery is part of a range of initiatives by Renfrewshire Council to enhance young people’s studies in Science, Technology, Engineering and Maths (STEM) subjects.

Renfrewshire’s Provost Anne Hall said: “We are absolutely delighted to welcome the Mission Discovery team to Scotland for the first time and to be able to offer young people in Renfrewshire this amazing opportunity to benefit from their extensive experience in space travel, research and training.

“We are committed to educational excellence in Renfrewshire and are working closely with our partners to develop many exciting opportunities to enhance the study of sciences for students of all ages, with a particular focus on laying the foundations for young people to go on to successful careers in this field.”

Mission Discovery is sponsored by University of the West of Scotland and West College Scotland, who are working with Renfrewshire Council on establishing Renfrewshire as a centre of excellence in STEM studies.

This event is also being supported by Renfrewshire Chamber of Commerce and 29 Studios.

On display at the Mission Discovery event will be a model of the International Space Station, created by LEGO artist, Warren Elsmore, who will be bringing this, and other incredible LEGO creations to Paisley Museum in October for a new exhibition; Brick Wonders: Ancient, Natural and Modern Marvels in LEGO.

This exhibition follows on from the record-breaking success of the Brick City exhibition last year, and depicts the wonders of the world in LEGO. The exhibition will run from 11 October to 10 February.[/vc_column_text][/vc_column][/vc_row]