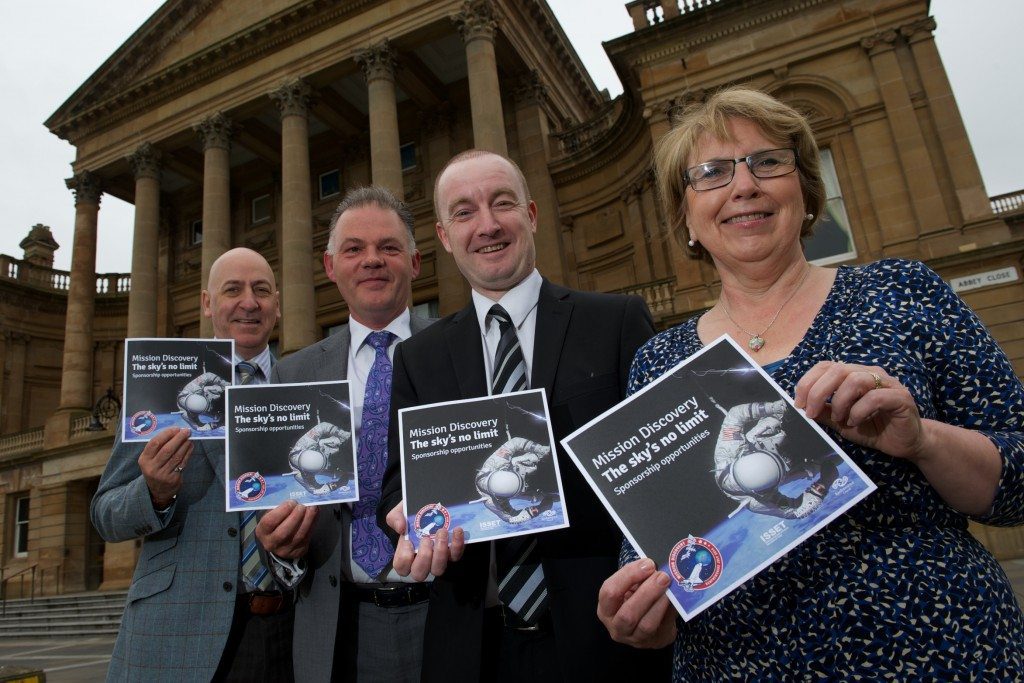 Renfrewshire’s three big education providers have teamed up to blast off the careers of future astronauts and scientists.

West College Scotland and University of the West of Scotland (UWS) have signed up with Renfrewshire Council as the two top sponsors of Mission Discovery, a unique space school led by former NASA astronauts which takes place in Paisley next month. The event, being organised by Renfrewshire Council along with the International Space School Educational Trust (ISSET), has never before taken place in Scotland.

From 14 to 18 July, around 200 S3-S5 Renfrewshire school pupils and students from both the college and university will work directly with an expert panel that will include former NASA astronauts, astronaut trainers and rocket scientists.

They will learn NASA teambuilding, personal development and leadership skills and in teams will compete to develop an experiment geared to the conditions of space. The winning team’s idea will be sent to the International Space Station where astronauts will carry out the experiment.

Councillor Jacqueline Henry said: “I am absolutely delighted that thanks to the support of our partners at UWS and West College Scotland we are able to offer the young people of Renfrewshire this amazing opportunity to take part in Mission Discovery.

“This is a unique educational programme that will greatly enhance the study of science, maths engineering and technology and is also a fantastic launch-pad for a future career in this field. “This is one of a number of initiatives we are working on in partnership with the college, university and local business community to prepare and equip young people in Renfrewshire for successful employment.”

Professor Craig Mahoney, Principal & Vice-Chancellor of University of the West of Scotland, said: “The University is committed to playing a key role in the communities in which it is based and we are delighted to be an educational sponsor of this important event.

“The importance of promoting science, engineering, technology and mathematics based subjects and nurturing our best talent in these areas cannot be underestimated and this project will go a long way in achieving this goal.”

“It will also show students that science and engineering can be fun, as well as being the gateway to great careers. We at West College Scotland are sure that young people across Renfrewshire will seize this chance to `reach for the stars`!”

As well as directly enhancing the studies of those pupils taking part, UWS and WCS will also be supporting Renfrewshire Council’s aim of building a legacy that will benefit students of all ages and set Renfrewshire up as a centre of excellence in science, technology, engineering and maths for pupils.
In addition, the council welcomes support from the local business community, particularly any opportunities for students to gain experience through talks, master-classes and work placements.
For more information please call 0141 618 5974.[/vc_column_text][vc_separator icon=”star”][/vc_column][/vc_row]