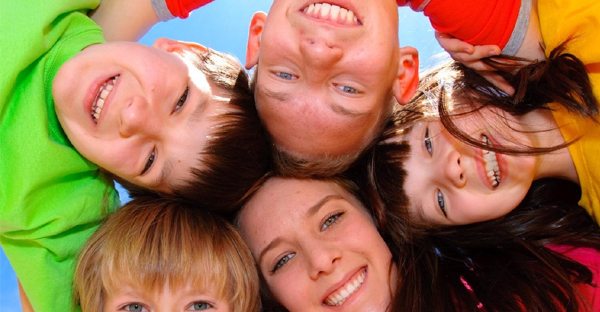 The first ever Inter-Authority Games will take place in Renfrewshire on Monday 16 June, incorporating the top school teams from four local authority areas in a variety of sports.

On-X Linwood will host teams from Inverclyde, East Renfrewshire and Glasgow authorities as they cross the border to take on Renfrewshire.

This is the first event of its kind, incorporating the four local authorities to celebrate sport throughout schools. With a historic summer forthcoming for Scotland, this event will look to inspire, motivate and encourage pupils to immerse them in sport. In the S1/S2 Netball competition Castlehead and Johnstone High have qualified as the representatives for Renfrewshire.

The top 4 S3/4 boys and girls in the badminton competition will move forward to this event and Renfrewshire will choose this team at Renfrewshire’s Secondary Games between 10 and 13 June.

Also taking part in the event will be an S5/6 rugby competition, with the winners of each local authority’s tournament coming forward to the finals. Renfrewshire’s representatives will be Johnstone High and Castlehead High, who will bring a squad of ten players for the 7-a-side competition.

There will be a trophy for the winning authority in each event and medals for the pupils coming in the podium places. The medals will be presented by athletes and delegates from national governing bodies.

Councillor Jim Harte, Convener of Renfrewshire Council’s Sports, Leisure and Culture Policy Board, said, “It is a huge honour for Renfrewshire to hold the first ever Inter-Authority Games. Coming together with our neighbours Inverclyde, East Renfrewshire and Glasgow has provided a fantastic opportunity for our young people to get into competitive sport.

“We want to give our young people an opportunity that will develop their sporting skills, build their confidence and help them gain the long-term benefits of a healthy lifestyle.

“We hope that the influence of the Commonwealth Games in Glasgow will encourage lots more young people to get involved in sport and we are supporting the goal with a wide range of sporting programmes.”

Inverclyde Council’s education and communities convener, said, “With the Commonwealth Games right on our doorstep it is a tremendous opportunity to encourage many more of our young people to engage in sporting activity. This commonwealth games event between our four councils will show off some of our young sporting stars and could even uncover a future commonwealth or Olympic star.”

Convener for community services and community safety, Councillor Mary Montague, said, “I’m delighted East Renfrewshire is taking part in the first ever Inter-Authority Games. It is a great event bringing together young people from a host of schools, sharing their love of sport and competition.

“It’s vital we give your young residents every chance to take part in sport and healthy activities, putting them on the pathway to healthy, active lives.

“Well done to the sports teams on all four councils – I’m sure events like this, spurred on by the inspiration of the Commonwealth Games, will go from strength to strength.”

Councillor Stephen Curran, executive member for education and young people, Glasgow City Council, said, “This is a wonderful opportunity for the young people in neighbouring authorities to come together with a common goal – sport!

“Glasgow 2014 is going to showcase Scotland across the world and I want our pupils to be apart of this sporting legacy.