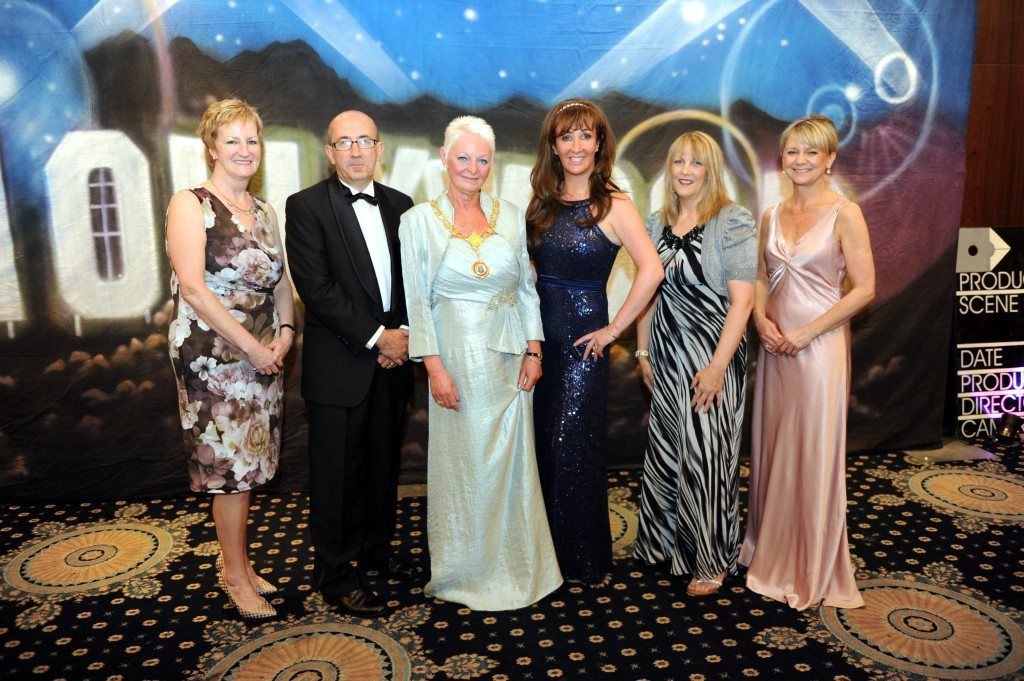 Over 200 big-hearted people attended the black tie event and participated in the auctions throughout the night.

Guests were greeted with the Paparazzi, a novelty act, taking their picture as they arrived at the event. Gina McKie, Radio DJ, set the night off with a fundraising ice-breaker of Heads and Tails.

After an enjoyable dinner, guests were swept up into a frenzy with the Elvis Cleaning Crew.

Bidding for the main auction prizes was very competitive with once in a lifetime experiences being highly sought after.

Keen airplane enthusiast, Andrew Simpson, who attended with his partner Anne Irvine from Recovery Across Mental Health (RAMH), was overjoyed to win the special Glasgow Airport behind the scenes tour.

Daredevil Bob Moore, friend of WJ & W Lang, Paisley, won the kayak and canoe experience in Clyde Muirshiel country park on his first bid. Bob, who lives in Lincolnshire, will surprise his son and daughter-in-law with the prize on a family trip.

The evening’s entertainment was warmly received with the popular Pulse Showband entertaining the guests into the late hours of the morning.

The Provost’s Ball has raised vital funds for charities Renfrewshire Carers’ Centre, RAMH (Recovery Across Mental Health) and two hospices – Accord and St Vincent’s – chosen by Provost Hall to feature in a special charity giving scheme during her term as Provost.

Money raised from the ball will be shared equally among the four charities.

Provost Hall said, “I am delighted that the evening was one to remember for so many people. It was a great night and fun was had by all.

“Charity will always be at the heart of our community and this was shown on the night by the generosity of everyone who attended.

“We raised just under £12,000 on the night and this money will be a great help to my chosen charities.

Image 1 – Getting in the picture – Guests were greeted by novelty act Paparazzi outside the venue.

Image 3 – Guests strike a pose on the red carpet.

Image 6 – Elvis Cleaning Crew shake up the guests with some after dinner entertainment.

Image 7 – Strutting their stuff on the dance floor – the Elvis Cleaning Crew work their magic entertaining the crowd.

Image 9 – The Pulse Showband put on a fantastic show at the Provost’s Charity Ball.