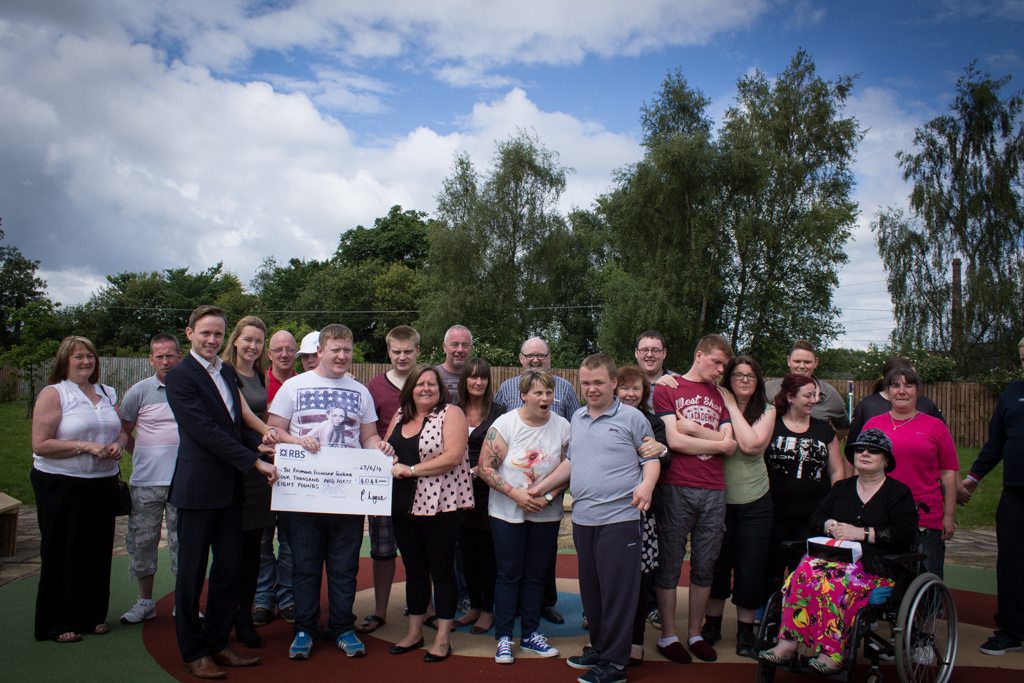 16 colleagues took fundraising to new heights in order to raise £4,048 for a learning disability charity based in Paisley.

The team from Scottish recruitment business Eden Scott put their energy and endurance to the test to tackle Britain’s highest peak at 1,352m to raise money for The Richmond Fellowship Scotland.

The Richmond Fellowship Scotland’s Blackford service is a purpose built home for 8 young people with low functioning autism. The service is in the process of creating a sensory garden so the young people can make better use of the outside space. The money raised by Eden Scott will go towards building this new sensory garden which will allow the residents to plant and grow their own flowers and vegetables, as well as provide a sensory environment based on smells and textures.

A bespoke swing set will also be built to promote socialisation, the sensory experience of movement encouraging positive interaction between the individuals at the Blackford service.

The charity was nominated by Eden Scott recruitment consultant Nicolle Sinclair, whose cousin is one of the service users.

Sinclair commented “I cannot thank my colleagues enough for enduring such a physical challenge to raise a fantastic amount for The Richmond Fellowship Scotland. The charity has had such a positive impact on my cousin’s life, allowing him to make the transition of living at home and relying on respite to a young man living as independently as he possibly can.”

Linsey Gallacher, Area Manager for The Richmond Fellowship, is immensely grateful to the Eden Scott team, “the team at Eden Scott have really helped make the new sensory garden at the Blackford service a reality. I would like to thank Eden Scott, as well as everyone who supported them during their fundraising efforts.”[/vc_column_text][vc_separator icon=”star”][vc_column_text]

About The Richmond Fellowship Scotland

The Richmond Fellowship Scotland is one of the country’s leading providers of care to individuals supporting them to live as independently as possible.

The charity provide support to over 2,800 individuals across Scotland with a wide range of services including mental health, learning disabilities, dementia, autism and much more.

Although they have pioneered initiatives such as Participatory Funding, (where they have allocated over £80,000 towards projects that supported individuals shape, design and control themselves), they have many other projects which also enable, extend and enrich the lives of the people that they support.

For example their Blackford service, which is two large connected purpose-built homes for 8 Young People with low-functioning autism, is in the process creating a sensory garden element within their large garden grounds. This is so that the young people support there can make better use of the garden space and they can extend the range of outdoor activities that the charity can provide for them. This included the purchasing of large robust garden games, a sensory net swing and sunken trampoline.