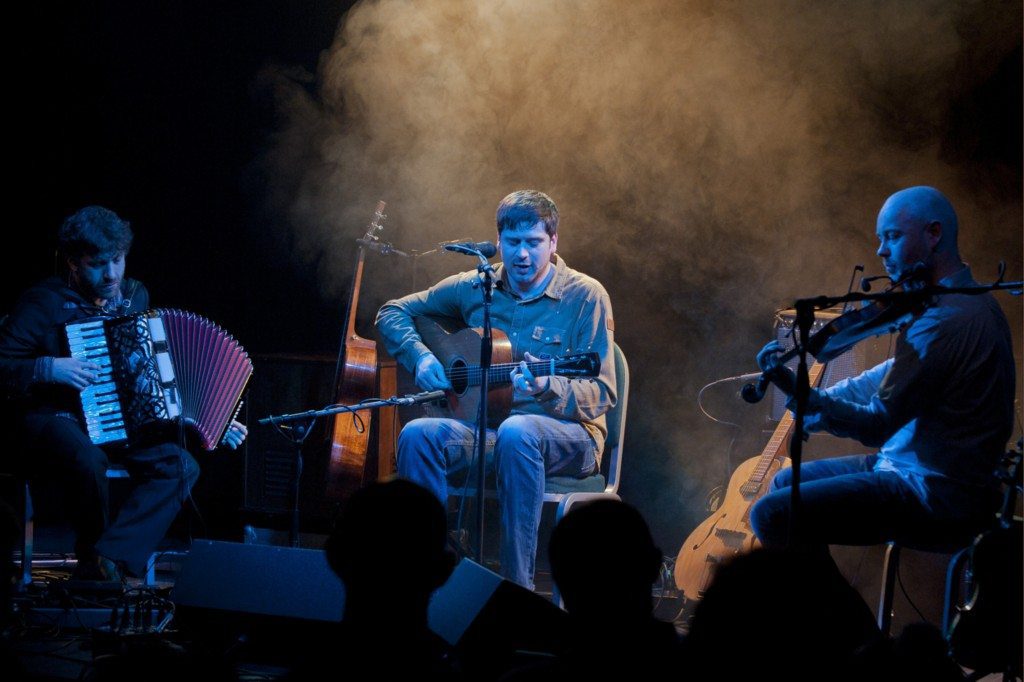 Named ‘Best Group’ at the BBC Radio 2 Folk Awards for three years running (2008 – 2010) and widely regarded as one of the most innovative bands on the modern folk music scene, LAU will play live at Paisley Town Hall on 22 June.

LAU comprises of three brilliant musicians; Martin Green, Kris Drever and Aidan O’Rourke who got together around a kitchen table back in 2004 armed only with a guitar, fiddle and squeeze-box. Since then, Lau have released three hugely successful studio albums, worked with some of the music scene’s most celebrated artists such as Karine Polwart and Jack Bruce (member of psychedelic rock group Cream) and have received a forest’s worth of ecstatic reviews from their fans in various outposts of the world.

And their gig at Paisley Town Hall on Sunday 22 June comes just days before the trio head off to Glastonbury to play the Park Stage amongst headliners Metallica, Kasabian and Arcade Fire.

For further information on Lau, future events and exhibitions log onto www.renfrewshire.gov.uk/events or follow us on www.facebook.com/renfrewshirearts or @RenArtsMuseums on Twitter[/vc_column_text][/vc_column][/vc_row]