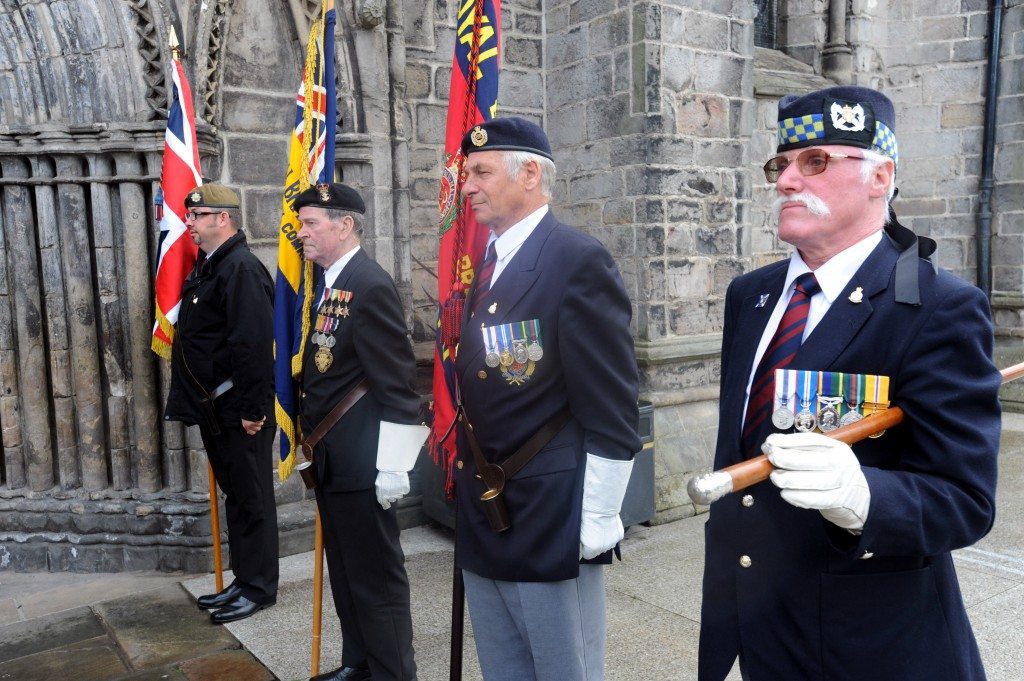 People in Renfrewshire and Inverclyde are being urged to join in celebrations for Armed Forces Day.

The Provosts of Renfrewshire and Inverclyde, along with the Lord-Lieutenant of Renfrewshire, Guy Clark, are inviting residents to join them for a special service on Saturday 21 June. The service at 10am in Paisley Abbey is open to all and celebrates the national Armed Forces Day.

Renfrewshire’s Provost Anne Hall said “In the year that the World War One centenary commemorations begin, it is even more important that we come together on Armed Forces Day to recognise the service and traditions of the armed forces and to show our support for them.

“Our community has always had a strong link with the armed forces, past and present, and this link is just as relevant and important as ever. I hope to see as many people as possible joining us for this celebration.” Inverclyde’s Provost Robert Moran said “The First World War was known as ‘the war to end all wars’ but now, nearly 100 years since it started, we still send men and women into harms way to protect the rights and freedoms so dearly earned in the past.

“Armed Forces Day is an opportunity for us all to show our support to the men and women who make up the Armed Forces community – including veterans and cadets – and to recognise all their outstanding contribution to this country.”

On Friday 20 June, a short service to raise the Armed Forces day flag will take place at the flagpoles outside Renfrewshire House, Cotton Street, Paisley at 11am. Image 1 – Armed Forces and the communities of Renfrewshire and Inverclyde come together to show their support for Armed Forces Day.

Glasgow News? Daily Updates part of our network
Strategy aims to make sport ‘way of life for all’