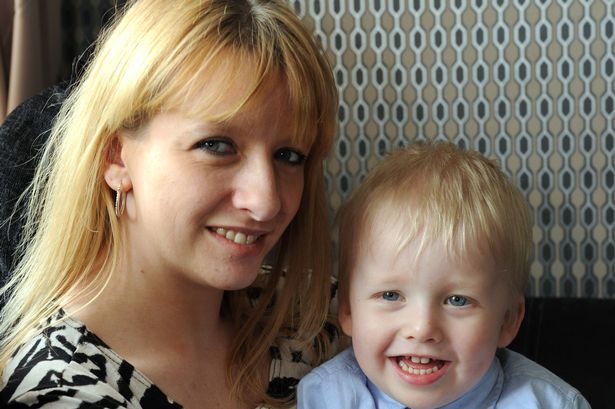 Kirsty Campbell’s wee boy Rhys Urie has been diagnosed with autoimmune neutropenia disease – one of only eight children in Scotland with the condition. You can help by buying tickets for Friday 23rd May starting at 7.00 until 1pm at Wellmeadow Bowling Club, Argyll Street, Paisley. Tickets are £5 and they can contact me on 07917357663 if they would like to buy or reserve any tickets.

All money received will be donated 50% to Yorkhill Childrens Hospital itself and the other 50% to Schiehallion Cancer Ward at Yorkhill. (Which department takes care of Rhys when he is unwell) There will be a dj and singer for entertainment, a buffet, professional photographer to capture the moments throughout the night and a raffle and auction with some amazing prizes to be won. Article from the Daily Record:

Kirsty Campbell is fundraising for Yorkhill Hospital on behalf of son Rhys, two

A grateful mum has organised a charity night to say thank-you to the hospital staff who are treating her son’s rare medical condition.

Kirsty Campbell’s wee boy Rhys Urie has been diagnosed with autoimmune neutropenia disease – one of only eight children in Scotland with the condition.

The illness means Rhys’s immune system doesn’t work properly and his body cannot fight infections. Every time he catches a simple cold, or any other routine childhood illness, he has to be taken into isolation in hospital.

Now Kirsty has organised a fundraising night for Yorkhill Children’s Hospital to say thank-you to the staff there for all they’ve done for Rhys.

She said: “Rhys took ill in October, just after his second birthday. He was drowsy and had a rash that wouldn’t go away. read more here..