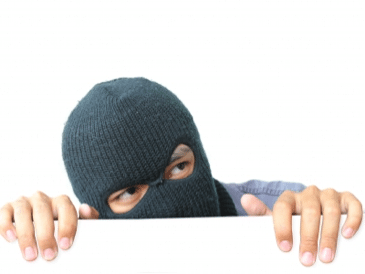 Protect Your Home from Burglary

Luckily for us residents, Paisley is one of the safest places in Scotland. We have one of the lowest crime rates in the country, however, crime does still happen and one of the more worrying ones is burglary. Yes, the loss of material possessions is bad enough, but what’s worse is the trauma and emotional scarring it leaves behind. I’m going to take you through some tips on how to defend your home well so that you don’t become a victim of burglary. If everyone takes at least one thing away from this article, one thing that makes them sit up and think, ‘oh, a burglar could exploit that in my house’, then this article will have been a success.  Read more on signs someone is casing your house.

These are great; they are wireless alarms that alert anyone in the immediate perimeter that there is an intruder. They aren’t that expensive either. Check places like eBay for response alarms – both wireless and wired. They are quick and easy to install and are fast becoming the standard for home security.

Dogs are great, unlike cats that run away at the first sign of trouble; not a dog, no. If they suspect someone is within a 4 metre radius they will raise hell. It doesn’t have to even be a big German Sheppard; a Bichon Frisse will do. Little yappy dogs like the Bichon Frisse are good as they have a high pitched little bark that would wake anyone up and easily scare away the wrong doer.

The Door and Lock

Most burglars will plump straight for the door when breaking and entering. Windows are noisy, plus they are hard to crawl through – especially with a sack full of loot. Doors open quite easy. In a place like Paisley where our crime rate is so low, we probably don’t think twice about the strength of our front door. We should. All it would take is a crow bar and our doors would invitingly throw themselves open. Upgrade the strength of your door and the strength of the lock. Get a better grade of lock – one sturdier and less likely to be able to open with an outside force, its worth getting a locksmiths opinion on your locks to ensure they are secure. LED lights are great ‘burglar go away’ lights. They are a lot brighter than your average motion censored light and so scares them away more easily. Scotland is known for being a leader in the ECO world, with our many wind farm projects and so don’t worry about LED lights, they’re much better for the environment as they don’t burn do hot (they’re also not as expensive to run…).

CCTV is one of the best deterrents, even if it’s fake or not running. A criminal is not going to risk committing a crime if they believe that there is a chance that they can be easily picked out from a CCTV tape. Like I said, you don’t even have to buy the real thing. There are many excellent fake CCTV cameras on the market that will still do an excellent job of keeping away any wrong doers.

A lot of this is common sense, really. What I wanted to do with this article is to get you thinking about your home and how easily it might be to break in. You don’t want to be burgled and so pay attention to the little things and be extra vigilant when it comes to the safety of your home. Don’t make silly mistakes.

For anyone interested in the statistics of burglary, the UK Government put up an excel document on their website that you may find interesting.

Glasgow News? Daily Updates part of our network
The Great Tapestry of Scotland

Provost urges community to have a ball
Scroll to top