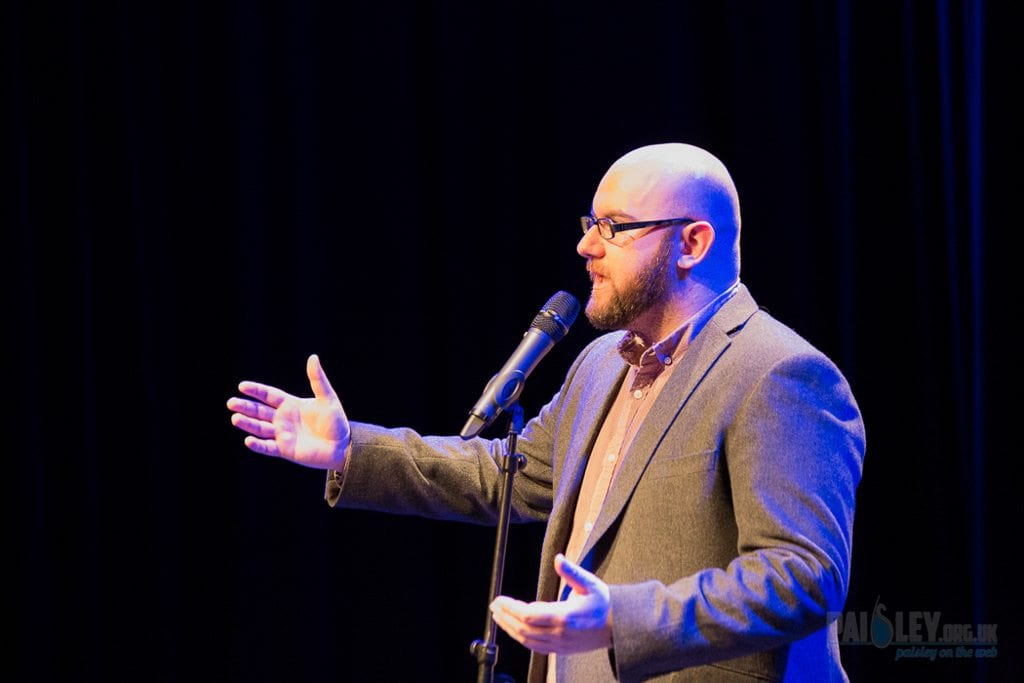 A Buddy Good Laugh, the monthly comedy night created by Renfrewshire Arts & Museums in partnership with local promoter Dead Sheep Comedy will be back at Paisley Arts Centre on 29 May.

Widely regarded of as ‘one of the best joke writers in the circuit’ (GQ), Iain Stirling has received huge critical acclaim since he first burst onto the comedy scene in 2008.

Starting his stand-up career while still at university, he came runner-up in the Chortle Student Comedy Awards and then the Scottish Comedian of the Year Awards; firmly establishing his place as an exciting, emerging act on the UK comedy scene.

A Buddy Good Laugh is a monthly stand-up show featuring the very best of Scotland’s comedy talent. Since launching in September 2013 names like Garry Little, Daniel Sloss, Des Clarke, Janey Godley and Des McLean have all taken to the stage at Paisley Arts Centre, and often in front of a sold out crowd.

For further information on A Buddy Good Laugh, future events and exhibitions log onto www.renfrewshire.gov.uk/events or follow us on www.facebook.com/renfrewshirearts or www.twitter.com/RenArtsMuseums[/vc_column_text][vc_single_image image=”18815″ img_size=”full”][vc_separator icon=”star”][/vc_column][/vc_row]