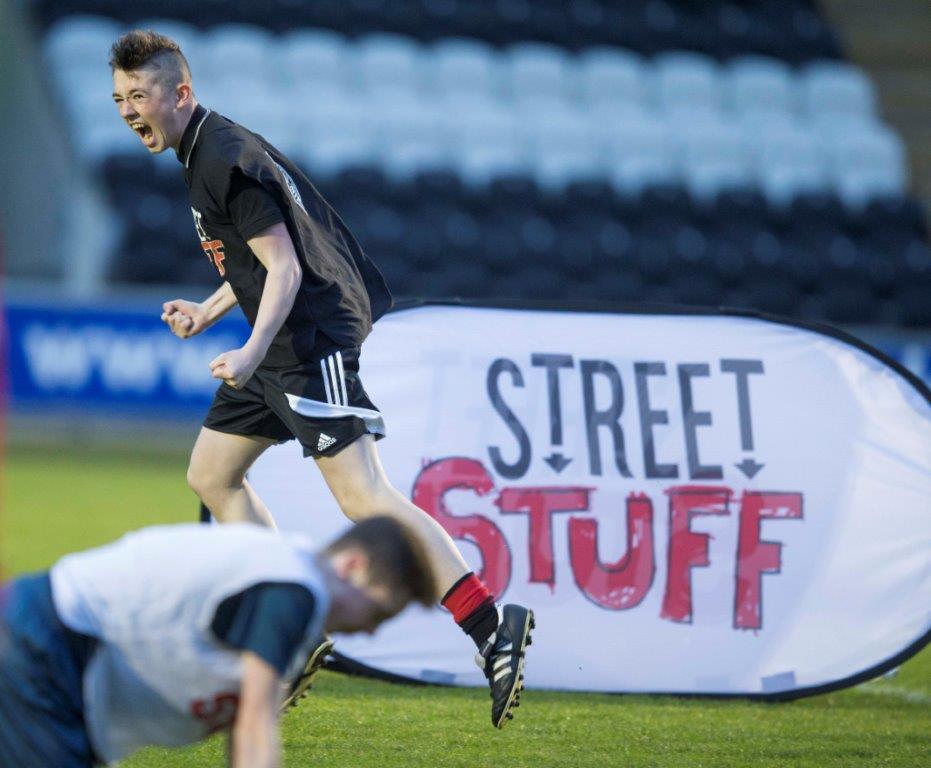 The turnout at this year’s event has been the highest there’s ever been with over 400 kids taking part in the festival.

As well as playing on the pitch, youngsters also got the chance to meet the first team squad and the winning teams received top prizes.

The annual end-of-season festival is part of the hugely successful Street Stuff youth diversionary project and is supported by the Renfrewshire Council’s community safety team and a wide range of partner organisations.

A Renfrewshire Council spokesperson said “We are delighted that so many kids took part in the football festival and have made it the most successful one yet. It is always one of the highlights of the Street Stuff calendar.

“Street Stuff has been a very successful programme and has contributed to a reduction in youth disorder across Renfrewshire. Since it began in 2009 there has been a 75% fall in anti-social behaviour and youth disorder rates have fallen by 35% alone since last year.

“The scheme is a team effort with our partners who have all worked together to make it so successful. We would like to thank St Mirren for hosting this great event and for the contribution of the players and staff both in preparation of the event and on the night itself.”

The award-winning youth diversionary scheme offers a range of activities for young people around the area, such as street football, The Dome – an indoor facility with a mini gym, table tennis, football and games room – and The Box – a multi-functional activity unit used for dance mats, portable music devices and the latest gaming consoles.

Food for thought at local summit meeting
Scroll to top