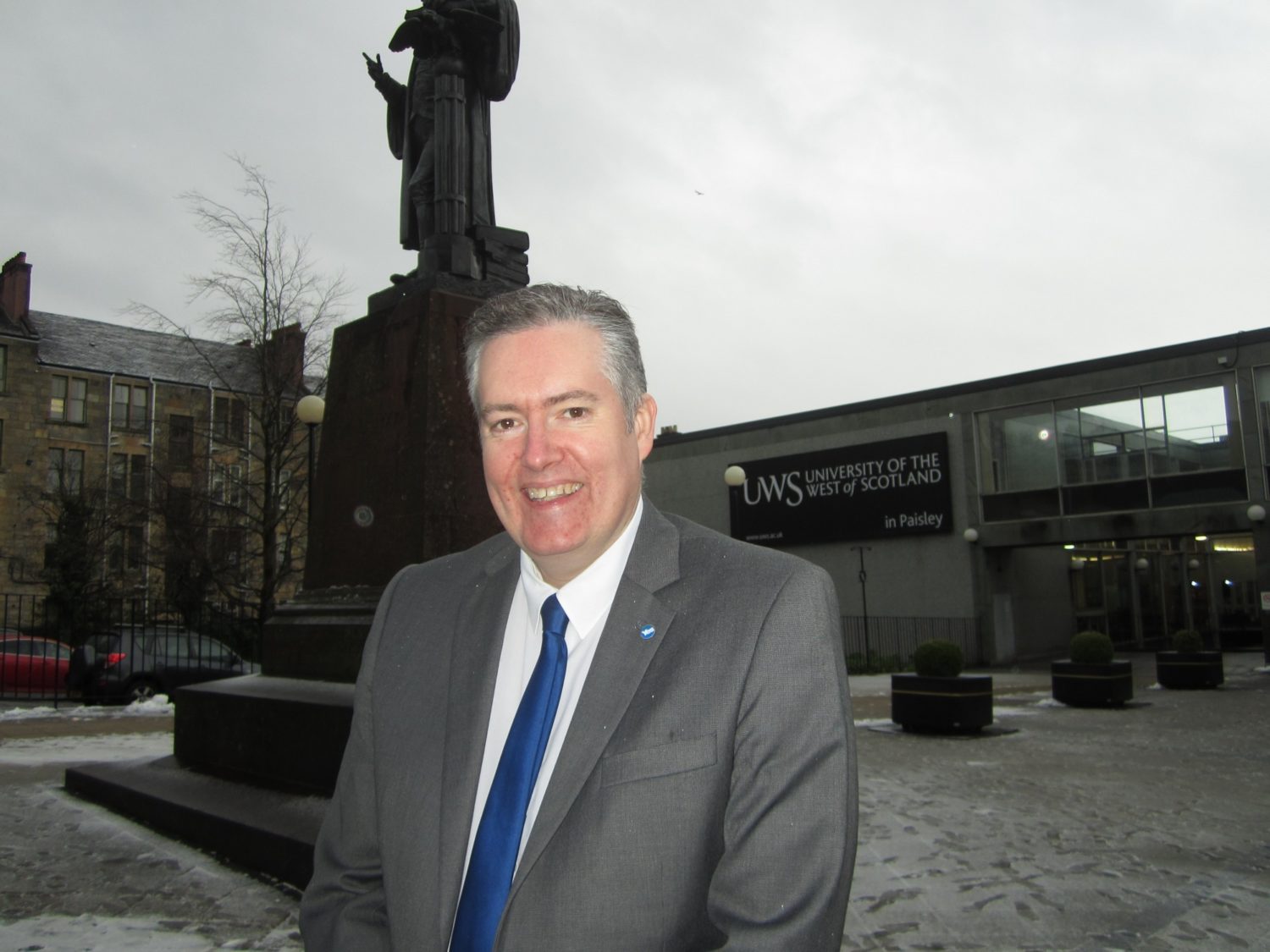 University of the West of Scotland Awarded Gold.

A team of researchers from the University of the West of Scotland, have been presented with prestigious award. The team led by Professor Gayle McPherson, Chair in Events and Cultural Policy, picked up the gong at the Game Changer Awards ceremony at the Old Fruitmarket in Glasgow last night. They were awarded Joint Gold in the Research Impact – Higher Education Institutions category. Paisley’s MSP George Adam was in attendance and after the event, shared his praise for the team from UWS.

George said, “Prof McPherson along with her team of researchers, including David McGillivray of the University’s Skillset Creative Media Academy deserve huge create on winning this prestigious award. Their research is very interest, looking into the usefulness of sporting events in influencing opportunities for community participation, as well as attitudes and awareness about disability in the broader community. Focusing on the before, during and after of both the Commonwealth Games this summer, and the Pan/ Para Pan American Games next year, assisted by Professor Laura Misener of the University of Ontario, this research could have great benefits in changing attitudes and increasing the participation of people with a disability in numerous areas across society. I would like to congratulate the team and wish them well as they take for their research during the Commonwealth Games, during an exciting summer of sports across Scotland, including the Ryder Cup.[/vc_column_text][vc_single_image image=”20703″ img_size=”full”][vc_column_text]Speaking after picking up the award, Professor McPherson said, “We are delighted to have won a gold medal in the Research Impact category of the Game Changer Awards. Our project focuses on how the catalyst effect of the Games can be used to leverage social change. This is the first research study that has sought to take a comparative approach to large scale sporting events focusing on Glasgow 2014, which is an integrated games, and next year’s Pan/Para Pan American Games in Toronto.”

Title: University of the West of Scotland Awarded Gold

That the Parliament congratulates Professor Gayle McPherson and her research team at the University of the West of Scotland on being awarded Joint Gold at the Gamechanger Awards in the Research Impact – Higher Education Institutions category;  notes that the award recognises the impact of research relevant to the Glasgow 2014 Games, its legacy goals to the enhancement of sport or understanding of the Commonwealth in Scotland; recognises that the project was conducted in conjunction with Professor Laura Misener of the University of Ontario and focused on leveraging parasport events for sustainable community participation, contrasting two types of sporting events involving disabled competitors, either competing in the same tournament as non-disabled athletes in separate events, or competing in a tournament in the same location as the non-disabled tournament but at a different time; understands that this differentiation is important for understanding the usefulness of sporting events in influencing opportunities for community participation as well as attitudes and awareness about disability in the broader community; commends all the participants in the research to date, and wishes them every success as they go on to conduct further research during and after the Commonwealth Games in Glasgow and before, during and after the Pan/Parapan American Games in 2015.