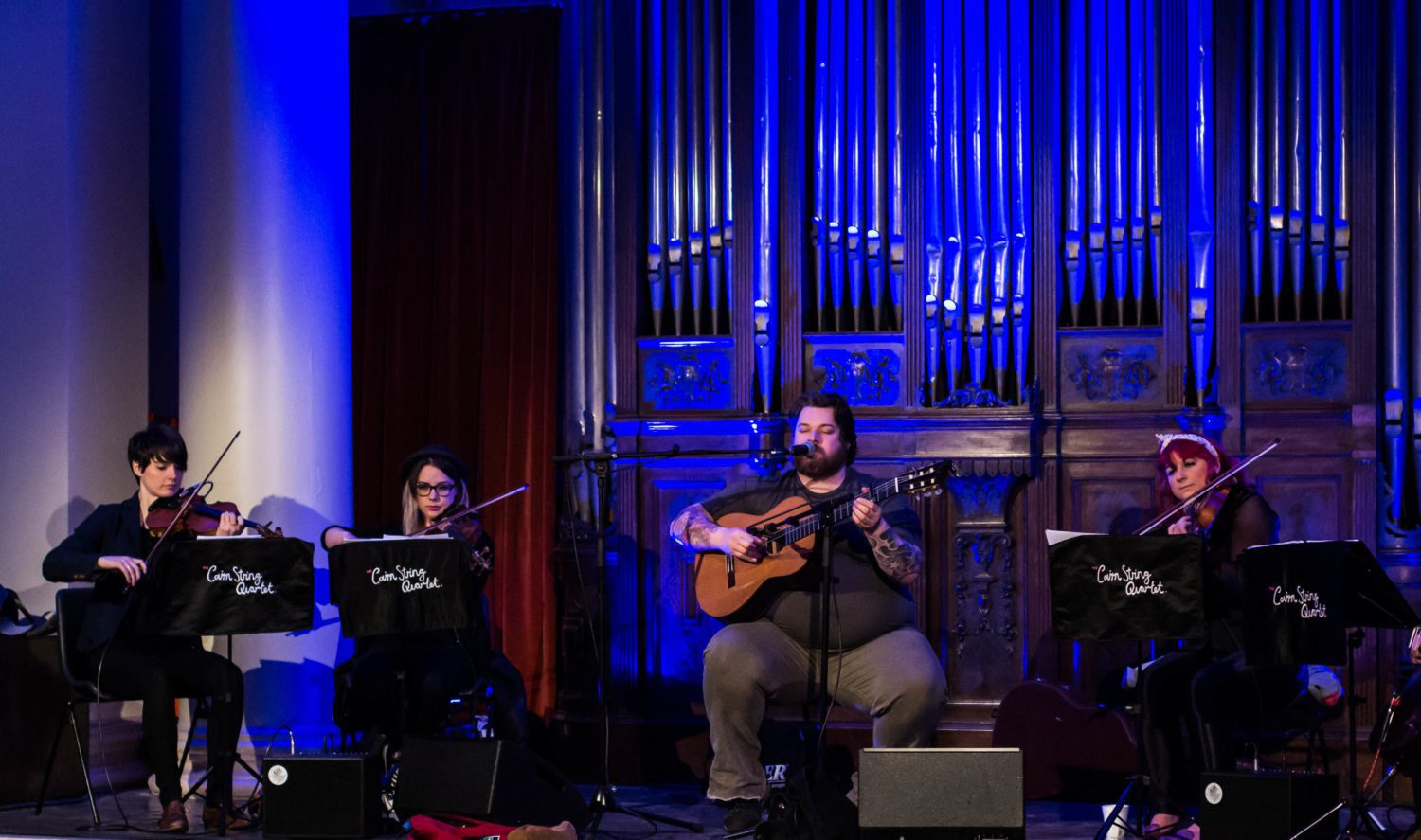 One of Glasgow’s more prolific artists, RM Hubbert has released music under a variety of guises since 1993. The one-time El Hombre Trajaedo guitarist has now released two solo albums – the second of which, 2012’s Thirteen Lost and Found, received widespread critical acclaim, and was named the winner of the 2013 Scottish Album of the Year award.

He was joined by the Cairn String Quartet, one of the most respected ensembles in the Scottish music industry. The Quartet performs across the UK and Europe in all settings, from intimate settings to extravagant productions. They are equally at home playing for weddings and corporate events as they are on the concert stage.

The artists will discuss their recent collaboration which brought two very different musical worlds together to thrilling effect. They’ll talk about how the material was chosen and explore the process of creating arrangements as well as playing one or two songs.
Text courtesy of www.bringitallhome.co.uk

Paisley Songwriters’ Guild Bring it all home
Scroll to top