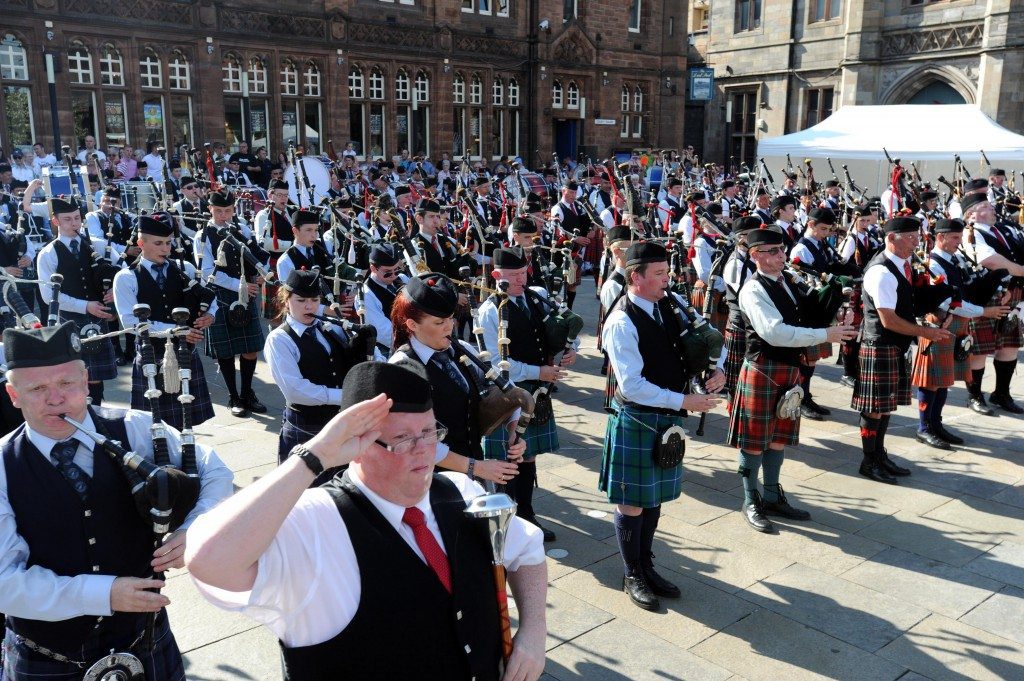 Event programme revealed for summer and beyond.

Renfrewshire residents can look forward to a festival of fun over the next few months – after the area’s events programme was revealed.

The council has agreed dates for big days out during the summer and beyond, with tens of thousands of people expected to take in a programme ranging from family entertainment to music and comedy.

A day of entertainment will mark the baton’s progress around 15 Renfrewshire towns and villages. More details – including full route – will be revealed nearer the time.

Two days later (Saturday 19 July) the Paisley Pipe Band Championships will take centre stage, with some of the country’s top bands playing in the town centre.

August will see a family favourite in a new location, with the popular Fire Engine Rally taking place in Johnstone’s Houstoun Square on Saturday 16 August.

The Paisley 10k road race is on Saturday 31 August, before Renfrewshire Doors Open Day on the weekend of 6 and 7 September.

The 10 to 18 October will see the third year of Paisley’s Spree festival, with a to-be-confirmed line-up of music, comedy and more set for various venues in the town.

This year’s Spree will coincide with the return of a Lego exhibition, after the popular Brick City showcase smashed attendance records at Paisley Museum this year.

And November will see the annual Fireworks Spectacular, as well as the usual Christmas Lights Switch-On events in Paisley, Johnstone and Renfew.

Renfrewshire Council Leader Mark Macmillan said: “Our town centre events programme encourage tens of thousands of visitors into the area every year, while giving local people some fun days out in their home towns.

“By staging events which bring people into the town centres and give them a reason to spend the day, we are helping to stimulate trade among local businesses.

“We have big plans to use the area’s combined heritage and cultural appeal to spearhead regeneration and deliver lasting benefits for whole of Renfrewshire.

“We are confident the events programme offers something for everyone, and I hope to see as many people as possible come out to support what we are trying to do.”