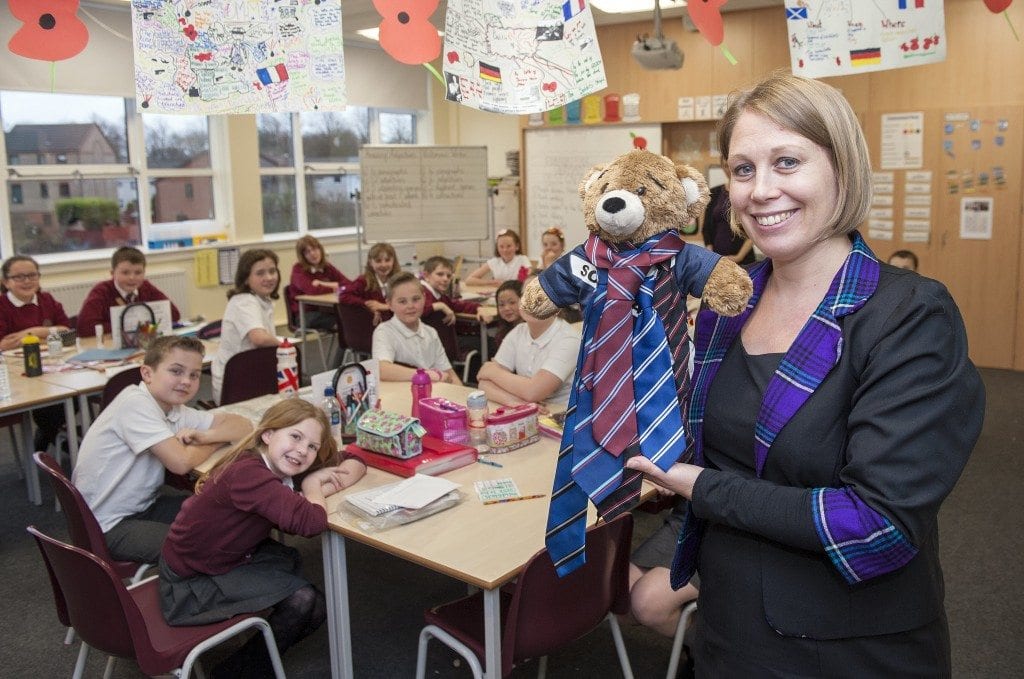 Little Rory, a smaller version of Renfrewshire’s much loved Active Schools mascot, has travelled to Kenya and back in the company of UK based charity, Vision Africa, which supports vulnerable and disadvantaged children in the Republic. Over three days, Little Rory and Kirsty McCullich from Vision Africa toured 10 primary schools and one high school with tales from their African adventures.

Little Rory passed into the care of Kirsty during her first round of visits to Renfrewshire’s schools to help them engage with and create links with their Kenyan counterparts.

Kirsty McCullich, Fundraising and Communications Officer said: “Vision Africa is delighted to partner with Renfrewshire Council to promote links between Scotland and Kenya. We were proud to involve both Rory and postcards from Glencoats Primary School in the official Queen’s Baton Relay celebrations in Nairobi.”

Through the adventures of Rory the Bear children are encouraged to learn about the differences and similarities between their own lives and those of the children in Kenya.

Regular postcards have been sent to and from Renfrewshire detailing Rory’s travels across the globe as well as providing information about how pupils can interact with each other.

Councillor Jim Harte, Convener of Renfrewshire Council’s Sport, Leisure and Culture Policy Board said: “Renfrewshire has been allocated Kenya and Papua New Guinea by Sportscotland as its second teams to support during the 2014 Commonwealth Games. This gives us the opportunity to develop a lasting connection between these countries, beyond the Games, that can help our pupils to become more globally aware citizens”.