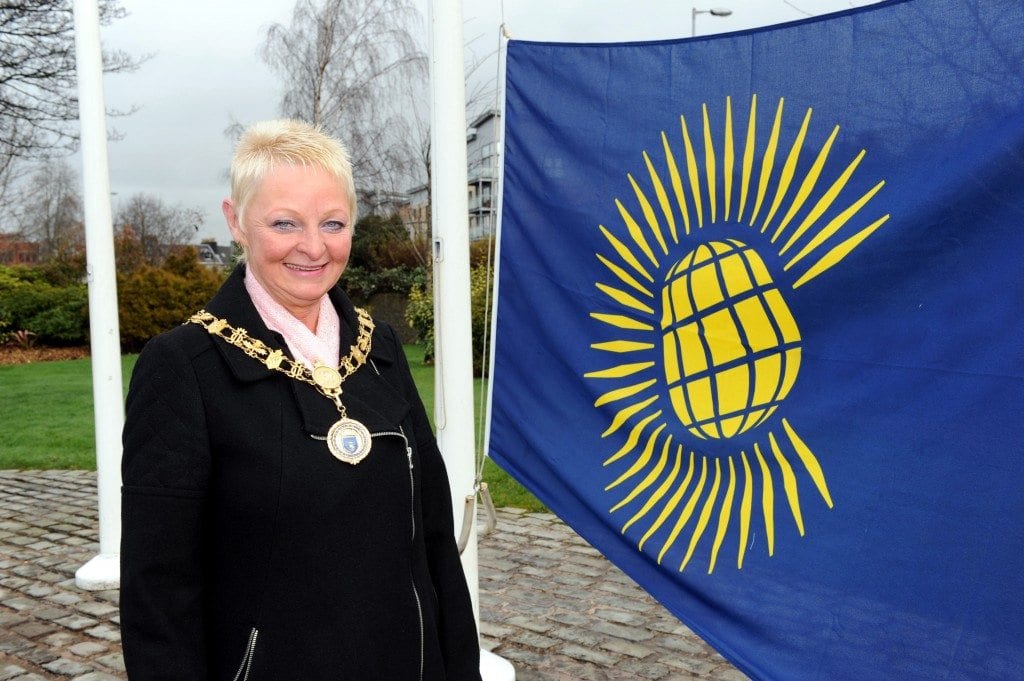 Renfrewshire has raised the flag in a special ceremony to mark Commonwealth Day.

Along with over 500 local authorities and charities across the country, Renfrewshire took part in the inaugural flag-raising event.

The inaugural event was one of the largest, single raising of the Commonwealth flag in history. A specially written Commonwealth affirmation and message from the Queen was read out at the ceremony.

Provost Hall said, “Renfrewshire is proud to take part in this nationwide event along with other Scottish councils, charities and community groups.

“As we come together to mark Commonwealth Day, we recognise the continuing relevance of the Commonwealth in today’s world.

“Renfrewshire has developed a wide-ranging programme linked to the Commonwealth Games, which will provide a sporting legacy through increased participation and support for sports competitors and coaches.”