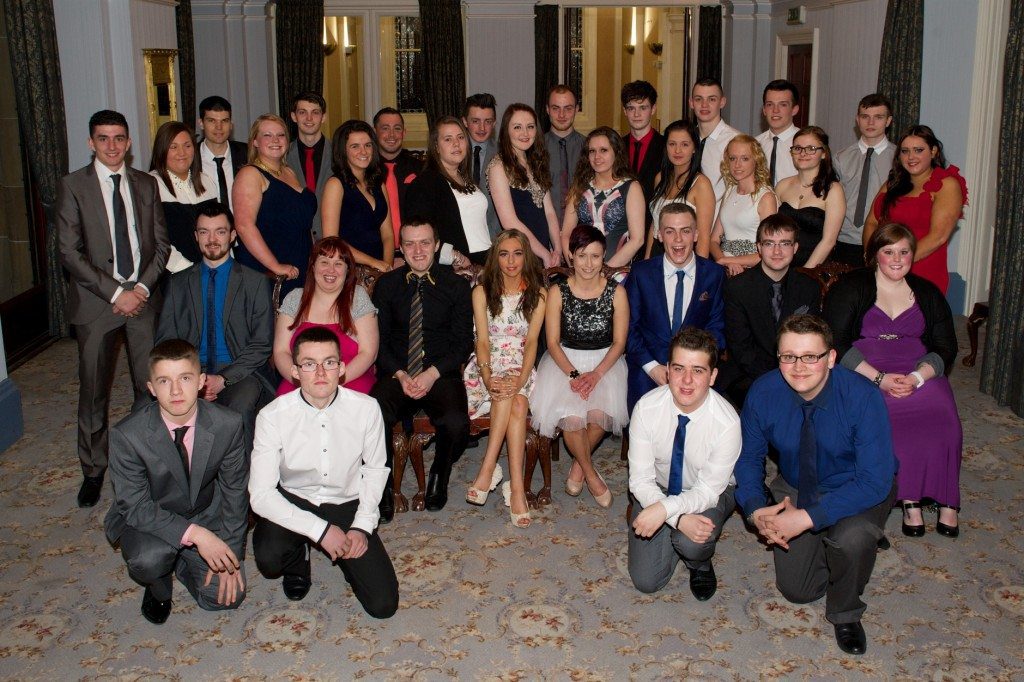 A group of local young people were given a helping hand into the world of work at the glittering finale of a popular council-run youth employment programme.

The Recruit is loosely modelled on telly favourite The Apprentice and sees a group of young jobseekers take part in a series of business-based challenges.

The latest instalment of the programme featured 38 local unemployed young people and took place throughout February and March.

A total of 16 young people have found jobs through the programme, with two more set to go through final interviews in the next week. A further eight were offered training opportunities with the council.

On the night James Campbell, 23, from Paisley, was named as the Top Recruit. A delighted James said: “I was gobsmacked to find out I was Top Recruit – the whole programme has been fantastic.

“Before I was on The Recruit my confidence was low – there were so many things I would have said I wasn’t. But now – thanks to all the things the Recruit team has taught us – I would look at all the things I can do.”

Darren McCormack, 23, of Renfrew, was voted Recruit’s Choice by his team-mates for being the person they felt deserved special recognition.

Renfrewshire Council Leader Mark Macmillan, who helped present some of the prizes on the night, said: “Once again, the young people on The Recruit programme have been a credit to themselves and to the area.

“They have earned the opportunities they were given tonight through their own hard work and I wish them all the best with their futures.

“Over the years, the programme has helped hundreds of local young people get ready for and find work, while being universally recognised as an enjoyable and rewarding experience for those who take part.

“The council has made tackling unemployment one of our biggest priorities through the Invest in Renfrewshire programme and we are proud to be able to run a programme as well-supported and well-regarded as this.

“Once again, we would like to thank the local businesses and organisations who offered their time and expertise to run challenges and who have helped sponsor the programme, as without them The Recruit wouldn’t be the success it is.”

On the night, the Recruits handed over a cheque for £1,570 to Accord Hospice, having raised the money through a charity fundraising challenge.

Three others – Andrew Douglas, Alice Ferguson and James Campbell – have been given posts within Renfrewshire Council, while Zoe Carroll and Paul Callaghan have been taken on by Renfrewshire Leisure.

The Recruit will be back in the summer with a programme for S5/6 school pupils, set to start in June.