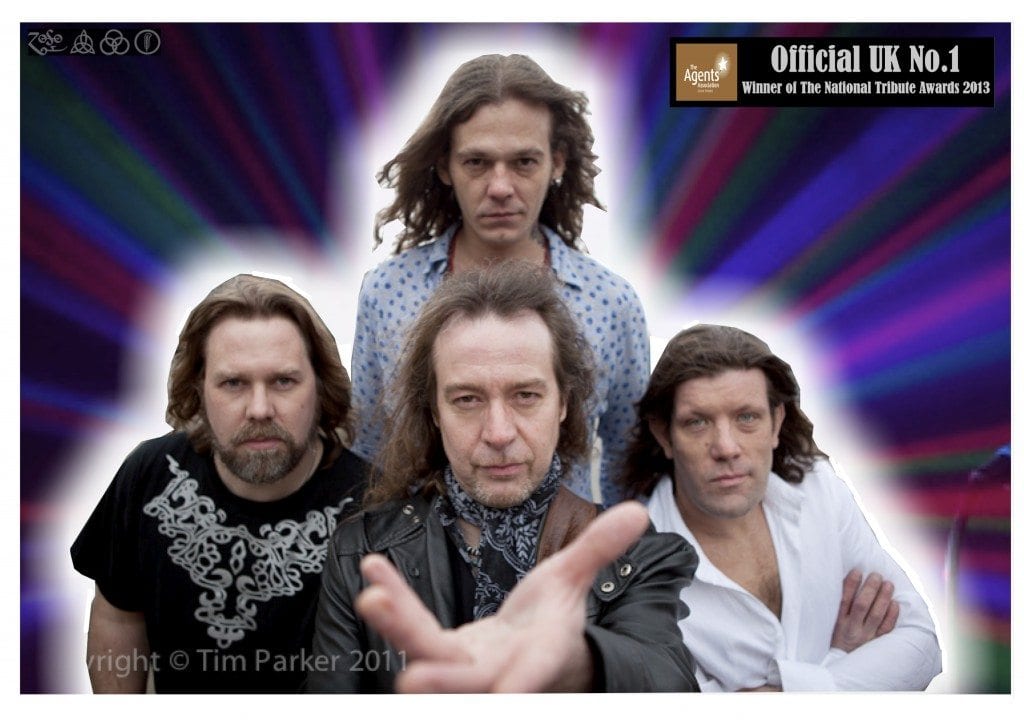 ‘Hats Off to Led Zeppelin –
Rewriting the rule book for tribute bands!’

Three years ago Hats Off to Led Zeppelin created a buzz unheard of for a tribute act and this year sees them playing more venues across the globe, releasing a DVD, picking up their first award and are now to be the subject of a new documentary film!

Hats off to Led Zeppelin are proud to be the only tribute act in the UK officially endorsed by Marshall amplifiers and they are managed by none other than Warren Grant … for the uninitiated, his father Peter was Led Zeppelin’s manager!  “Hats Off to Led Zeppelin are the closest you are going to get” Warren said after first seeing the band!

The Agents Association of Great Britain crowned them the Official UK No.1 Tribute to the gods of rock at the first UK Tribute Awards later last year.

Tickets are selling fast for their Scottish Tour starting at The Gaiety Theatre, Ayr on the 9th April followed by The Town House, Hamilton (10th) and Paisley Town Hall (11th). Book now to avoid disappointment by visiting www.hatsofftoledzeppelin.co.uk and clicking the links on the gig page.  You simply have to see this stunning tribute to the greatest rock band ever!

Close your eyes and let Peter Eldridge, Jack Tanner, Toby Drummond and Kevin Oliver Jones take you back to when Led Zeppelin ruled the earth!  Having appeared in such West End productions as We Will Rock You, Rent, Thriller LIVE!. Dancing in the Streets, Return to the Forbidden Planet and Buddy to name but a few, these guys are a truly professional outfit guaranteed to give you a night that you won’t forget in a hurry!

With glowing endorsements from Led Zeppelin’s tour manager Richard Cole – “Worth seeing … entertainment with style”; Led Zep biographer Dave Lewis – “a refreshing no nonsense approach … this band delivers every time!”; and the BBC – “an outstanding concert”, along with audience and critical acclaim – “Shut your eyes and you would think you were listening to the real thing”, this is a show not to be missed!

One audience member exclaimed “I experienced catharsis during this show!”

If you need convincing simply click on their website and watch the promo video.  Then pick up the phone and book your ticket!  Do not miss this fantastic live show!

Come and join the fun … see you on tour!

Hats Off to Led Zeppelin

US Airways to mark 10th anniversary of Glasgow to Philadelphia service with...
Scroll to top