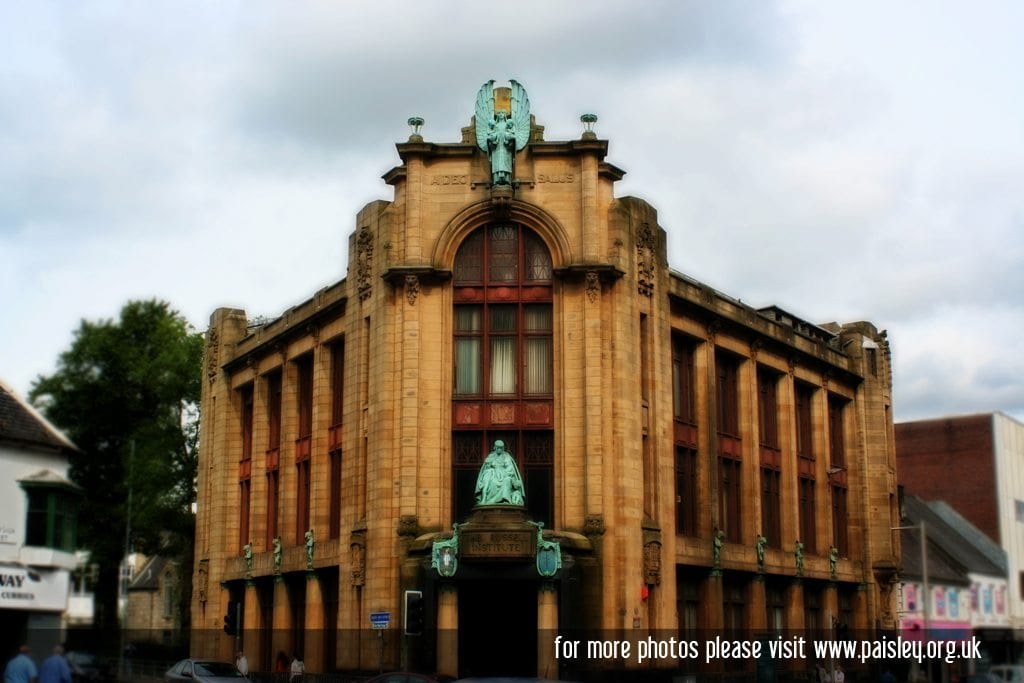 Plans to bring one of Paisley’s finest historic buildings back into use have received another boost after £500,000 was confirmed towards the costs of restoring the Russell Institute.

The Category A-listed former health centre in Causeyside Street – considered one of the town’s architectural treasures – is set to be turned into offices under a £4.5m restoration project led by Renfrewshire Council.

Last December saw the council secure a Scottish Government grant of £2m towards the cost – and Historic Scotland has now added half a million pounds to the pot through their building repair grant scheme. Under the restoration plans, ownership is set to transfer from the NHS to the council, who will lead a project to turn it into modern office space by 2017.

The plan is for the building to be used as a skills and employment hub – with Skills Development Scotland as the anchor tenant – which should bring around 80 new jobs to the town.

Renfrewshire Council Leader Mark Macmillan said: “The Russell Institute is one of Paisley’s most striking landmarks and a big part of the town’s history.

“A lot of hard work has gone in to get the project to this stage and we are delighted our plans to bring it back into use are now coming together.

“The council recently announced ambitious plans to use Paisley’s considerable heritage appeal to drive regeneration and tourism locally – and keeping buildings like the Russell in use complement that perfectly.

“Aside from that, this project will bring significant economic benefits, by creating new jobs and keeping existing ones in the town centre.”

Fiona Hyslop, Cabinet Secretary for Culture and External Affairs added: “I am pleased to announce this funding for the Russell Institute which will deliver considerable improvements to this important historic building.

“I am particularly pleased that this investment will see a building that currently lies unused given a now lease of life and play an active role again in the community.”

The project to restore the Russell Institute has included the Paisley Development Trust – a local group of volunteers dedicated to the regeneration of the town.

The building is notable for the distinctive bronze and stone sculptures on the exterior walls, and was used as a health centre until it closed in 2011.

Paisley Museum Lunchtime Talks: A Year on the Shores of Loch Lomond
Scroll to top