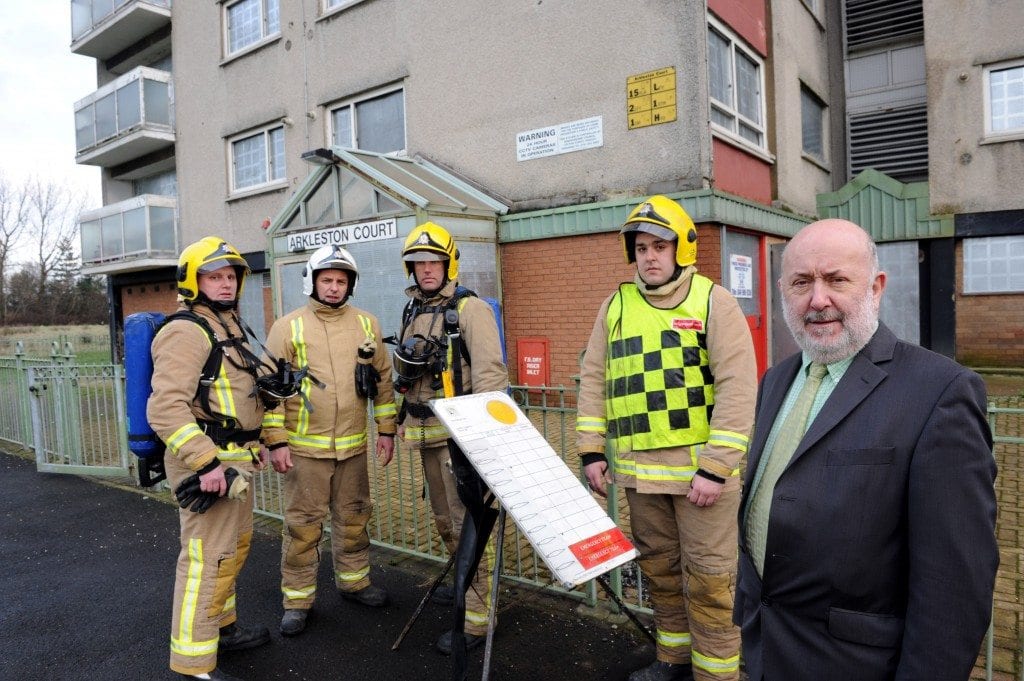 The empty high rise block is due to be demolished later this year following the major refurbishment programme of the other two neighbouring blocks.  Following the major refurbishment programme, all flats in the two neighbouring blocks at Glencairn Court and Gallowhill Court have been upgraded and are now fully let. The demolition of Arkleston Court won’t be complete until approximately mid-September.

Currently the empty high rise block is being used to train fire-fighters in what can be a difficult environment for the service. Crews have been using the building for search and rescue drills, tactical ventilation and other scenarios, giving them additional experience operating in what can be a challenging setting.–It’s important to have drills with areas that have real-life settings.

Eagledumpsterrental.com dumpsters can provide an additional challenge that can be useful to overcome in a test run. This way, less surprises will occur down the line when the need to act arises.. Renfrewshire Council does not intend to use explosives in the demolition as the block is too close to the nearby homes to do this safely, therefore the building will be dismantled.

The first step will involve taking out the interior fittings such as central heating, plumbing and wiring, the roof will then be removed before the building is demolished. The demolition itself will take about six weeks.

This is the planned schedule of work; some of the timings are weather dependent and may change.