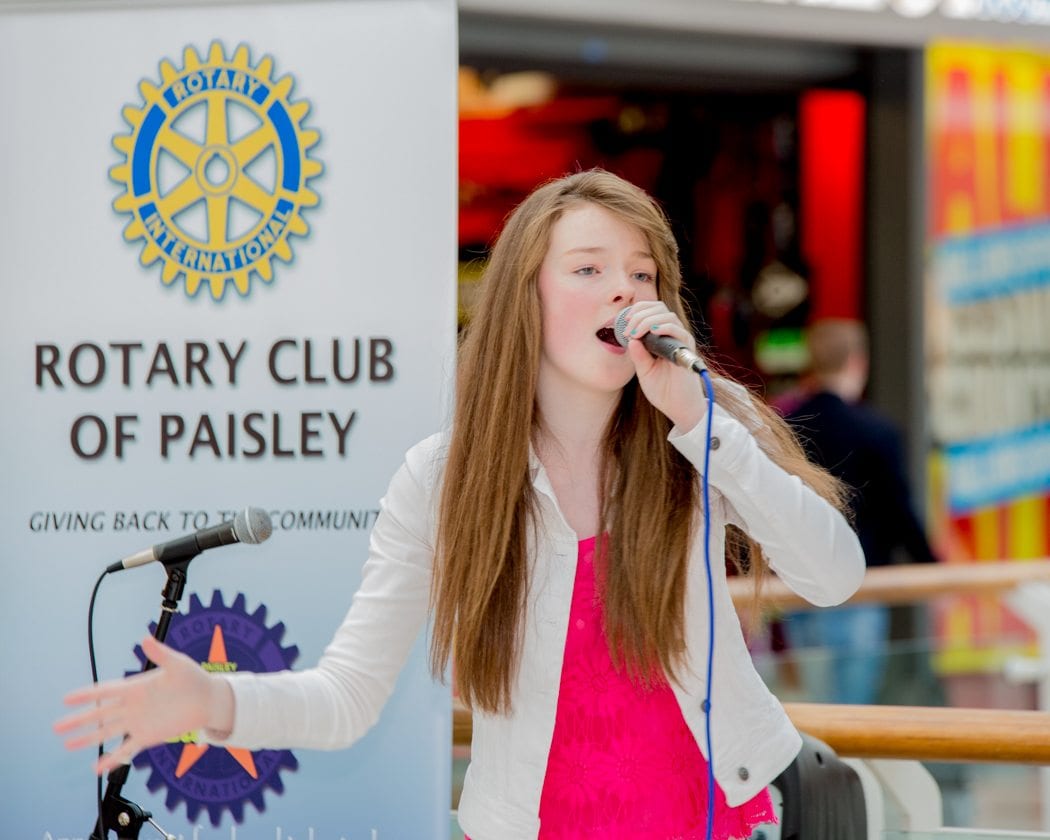 – is looking for talented youngsters to apply for this year’s extravaganza.

Quest4Talent – Renfrewshire’s very own X Factor-style show – is looking for talented youngsters to apply for this year’s extravaganza.

Organised by Paisley Rotary Club, the annual talent search has uncovered some hidden gems in the past – and, this year, it could be you.

The chairwoman of the competition, Diane Mitchell, said: “I am delighted that we are able to launch Quest4Talent 2014.

“It has been very hard work but it is so exciting and rewarding to see the wealth of talent that exists in Renfrewshire and the surrounding area.

“We believe that, by running this event, we are doing something positive for the young people in Paisley, giving them a chance to promote their talent.”

Auditions will be held at Paisley’s Wynd Centre, and the David Lloyd health club, in Renfrew, with the finalists picked to perform on stage at Paisley Town Hall.

This year’s launch event was held at Braehead, where a large crowd gathered to watch former winners put on a show.

The event was hosted by Your Radio DJ Fraser Thompson, and Diane was thrilled that it was such a success.

She said: “We received a great reception from shoppers, many of whom stopped to watch the show.

“We were also taking a collection for the restoration of the Glen Cinema Disaster memorial and that was also successful.

“This year’s show will hopefully raise even more money for the memorial, and it’s hoped that we can get close to our target of £6,000.”

In the past, Quest4Talent has raised thousands of pounds for charities such as PolioPlus and Yorkhill Children’s Hospital, as well as local charities Paisley YMCA and Paisley Caring Group.

Rebekah Mitchell, 18, a former pupil at Gleniffer High, in Paisley, is a previous winner of the instrumental category through her accordion playing.

She said: “I’ve been playing the accordion since I was six and I’ve been entering Quest4Talent since it started. It’s a great experience.”

Her mum, organiser Diane, said: “Hundreds of youngsters have entered Quest4Talent since its inception, but this year we’re hoping to make it bigger and better.”

All photographs above were taken by Alex Kyle Photography.