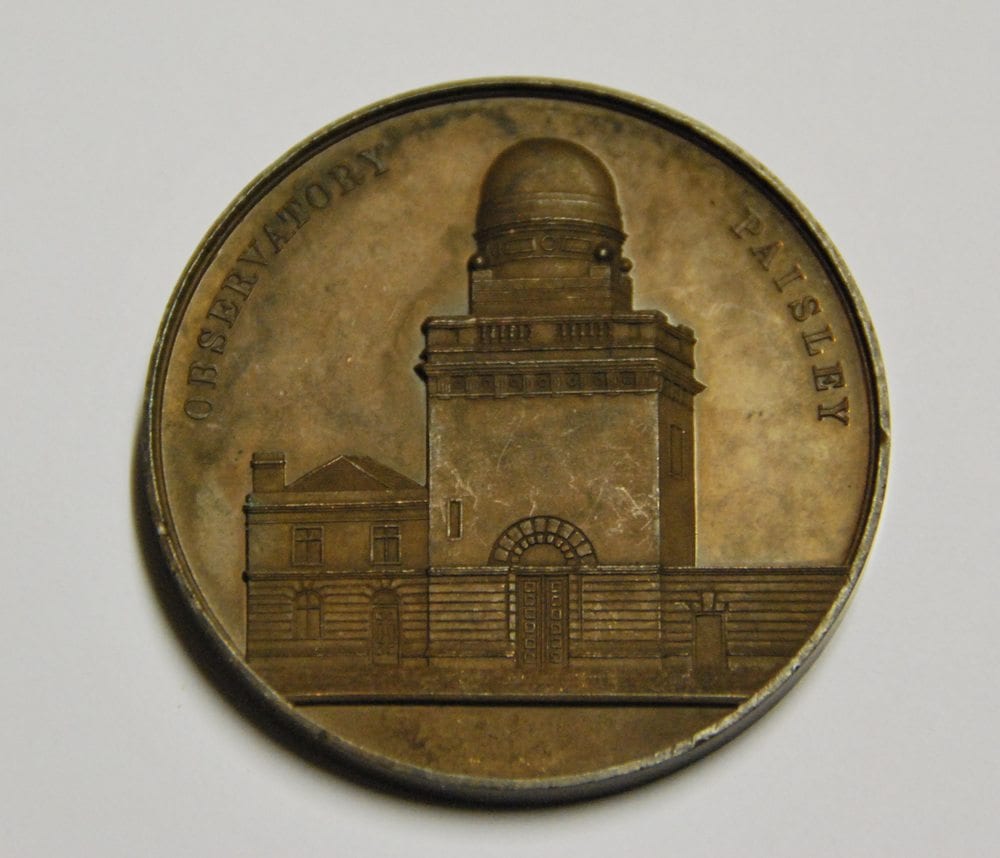 Coats Observatory has recently acquired a medal which was struck to commemorate the opening of Coats Observatory in 1883. Only a few of these medals were made and were given out to local dignitaries that attended the opening ceremony. This is the first medal of its kind to be displayed in the Observatory.

The medal was acquired from a medal dealer in America, so Renfrewshire Arts & Museums are delighted to ‘repatriate’ a piece of Paisley’s history back to its home town.

A grand ceremony had been planned to mark the opening of Coats Observatory, but in the end this had to be scaled down due to Thomas Coat’s deteriorating health. Although he had paid for the building, he only managed to visit the completed building once, and died only 2 weeks after the Observatory had opened.

Coats observatory is only one of 5 public observatories in the UK.

For further information on Paisley Museum, future events and exhibitions log onto www.renfrewshire.gov.uk/events or follow us onwww.facebook.com/renfrewshirearts or www.twitter.com/RenArtsMuseums.

Glasgow News? Daily Updates part of our network
The Marriage of a Lion-tamer and a Poet