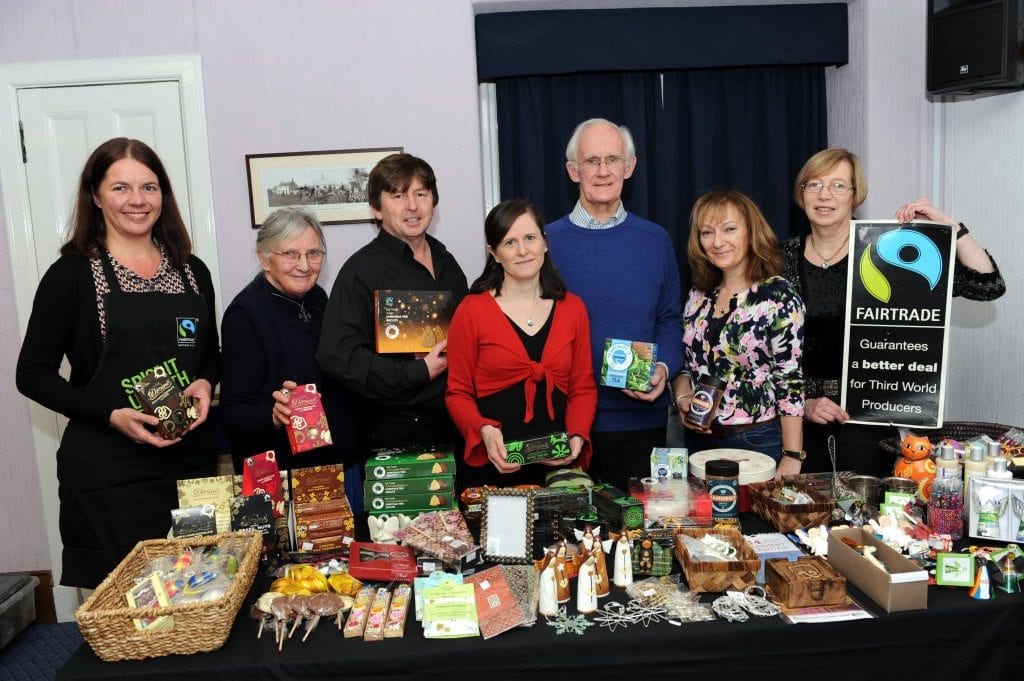 Kilbarchan is the latest community in Renfrewshire to achieve Fairtrade status.

The Fairtrade Foundation has declared Kilbarchan a ‘Fairtrade Village’ following its successful campaign to make Fairtrade part of village life.

Kilbarchan follows in the footsteps of Paisley, Bishopton, Renfrew and Lochwinnoch, which have already achieved Fairtrade Town status.

Renfrewshire Council Leader Mark Macmillan, Chair of the Renfrewshire Fairtrade Steering Group, said: “I congratulate campaigners in Kilbarchan on this achievement. It contributes towards our share goal of being a Fairtrade Zone and gives further weight to Renfrewshire’s role in supporting Scotland as a Fair Trade nation.

“The enthusiasm and energy for Fairtrade throughout the village is impressive. The community has worked together to ensure the Fairtrade message is spread far and wide.”

Kilbarchan’s retailers, church groups, food outlets, schools and local activists have all contributed to the campaign by selling or serving Fairtrade goods or educating others about the Fairtrade movement.

Graham Batin from the Kilbarchan Fairtrade Steering Group said: “Fairtrade goods have been available and enjoyed in the village for a number of years now. The campaign has widespread spread support and it’s great to see Kilbarchan’s commitment to improving the lives of others formally recognised.

“Our organised events have helped bring us closer together as a community because everyone can get involved in Fairtrade in whichever way suits them”.

To support Kilbarchan’s bid to become a Fairtrade Village, the Steering Group organised Afternoon Tea and Scones to celebrate World Fairtrade Day and ensured the Fairtrade banana baton passed from Lochwinnoch to Bridge of Weir in last year’s Banana Relay.

Schoolchildren from Kilbarchan Primary have played their part too by signing up to Renfrewshire’s Rice Challenge helping to support Malawian rice farmers.

News of Kilbarchan’s Fairtrade status was celebrated at a Fairtrade Wine and Cheese sampling event at the Old Library. Liz Cotton, Manager of Rainbow Turtle, Renfrewshire’s only dedicated Fair Trade shop, spoke at the event of her recent visit to Nepal and first-hand experience of the positive impact of Fairtrade.

Fairtrade guarantees fair prices and conditions for third world producers and a large number of farmers say that it would be impossible to continue farming without Fairtrade.