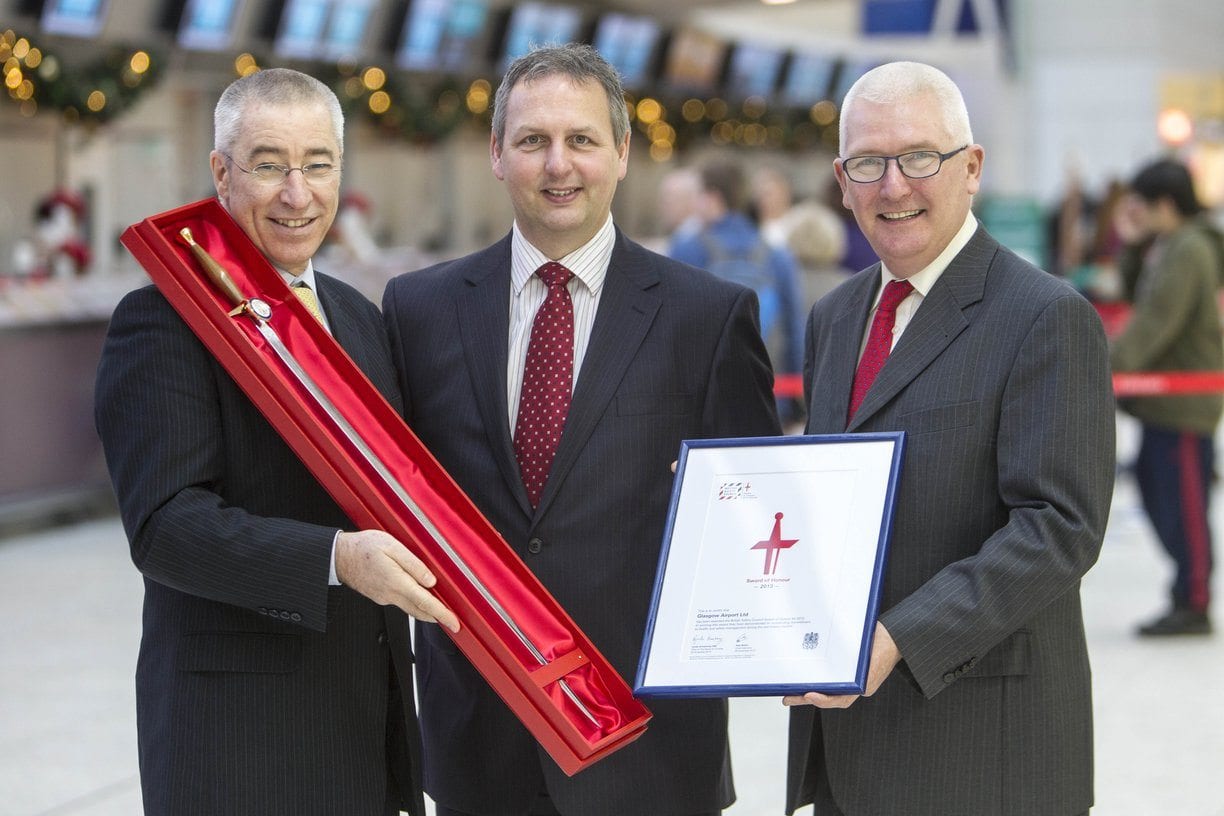 Glasgow Airport has been awarded the British Safety Council’s coveted Sword of Honour which recognises the ‘best of the best’ in health and safety management.

The airport was one of 68 organisations from around the world which received the accolade at a recent ceremony in London.

It is the first airport in the UK, and the joint first in the world alongside Hyderabad in India, to be given the sword.

Glasgow Airport became eligible to compete for the sword after achieving the maximum rating in the British Safety Council’s Five Star Occupational Health and Safety Audit earlier this year. It then had to prove to an independent panel that it has embedded a culture of best practice for health and safety throughout the organisation.

Gillies Crichton, head of assurance at Glasgow Airport, said: “It is a great achievement to be the first airport in the UK, and the joint first in the world, to receive the Sword of Honour.

“The wellbeing of our staff and customers is always our top priority and we take a very proactive approach to health and safety. We are absolutely thrilled our efforts have been recognised by the British Safety Council in the form of this prestigious award.”

Lynda Armstrong OBE, chair of the Trustees of the British Safety Council, said: “Our warmest congratulations to Glasgow Airport. What the Sword of Honour being bestowed enables us to do is recognise and celebrate the excellence of the winning organisations and their employees in managing health and safety risks.

“The winning organisations are united in their shared belief that proportionate and competent risk management brings both financial and social benefits to their organisations. Managing health, safety and environmental risks effectively does not need to be onerous; quite the opposite.”

The Prime Minister David Cameron added his congratulations. In a message to the winners, he said: “I am delighted to send my congratulations to all of those organisations being presented with an award by the British Safety Council.

“These awards recognise the crucial success that these organisations and their employees have achieved in their pursuit of excellence in the management of health, safety and environmental matters at an international level during a time of global challenge.”