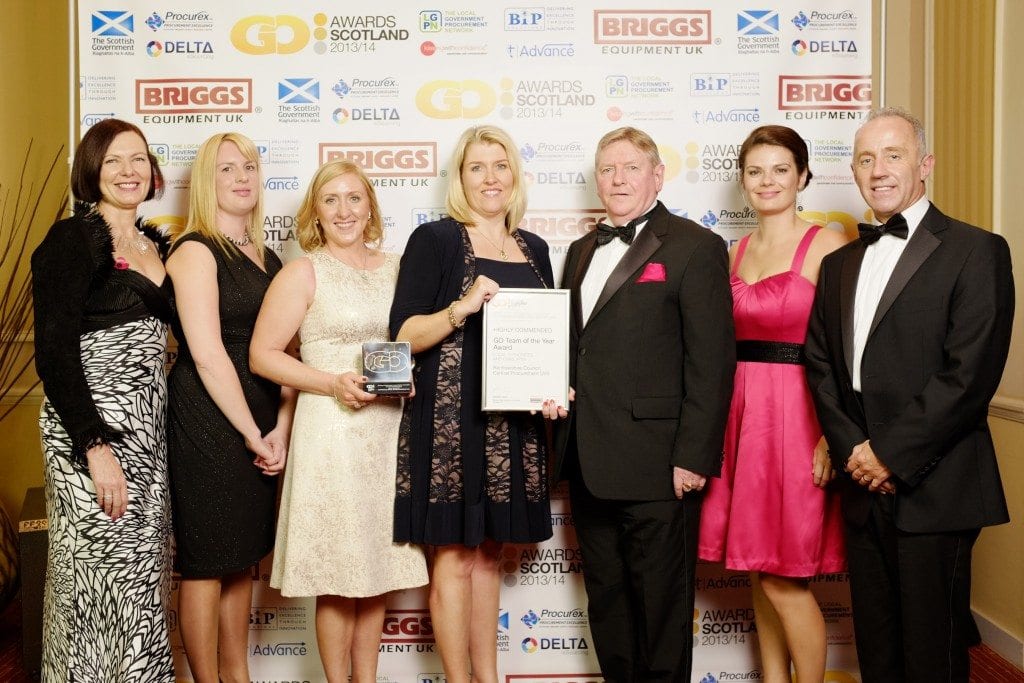 Renfrewshire Council’s procurement team is celebrating after its performance was recognised at its industry Oscars.

The team – which oversees the council’s purchasing needs – was highly commended in the Team of the Year category at the Government Opportunities (GO) Awards Scotland this month.

The council established its procurement team in 2009 and since then has achieved significant financial savings by introducing more efficient practices. Councillor Eddie Grady, who attended the GO Awards ceremony with the team, said: “The council spends more than £200 million a year on a massive range of goods and services from thousands of different suppliers, both big and small. It’s crucial that we get value for taxpayer money in all our dealings.

“The job of the procurement team is to co-ordinate all contracts and spending as efficiently as possible. For the team to be recognised by their peers is testament to how well they are doing.

The team was also shortlisted in award categories for excellence in collaboration and corporate social responsibility.

The team may be in line for further success with the recent news that Julie Welsh, Head of Procurement and Business Support for Renfrewshire Council, has been shortlisted for the national award of ‘Procurement Professional of the Year’ by the Society of Procurement Officers (SOPO).

The corporate procurement unit’s innovative structure – with one centralised team dealing with all council spending – is considered rare within local government.

Councils team up to help out heroes
Scroll to top