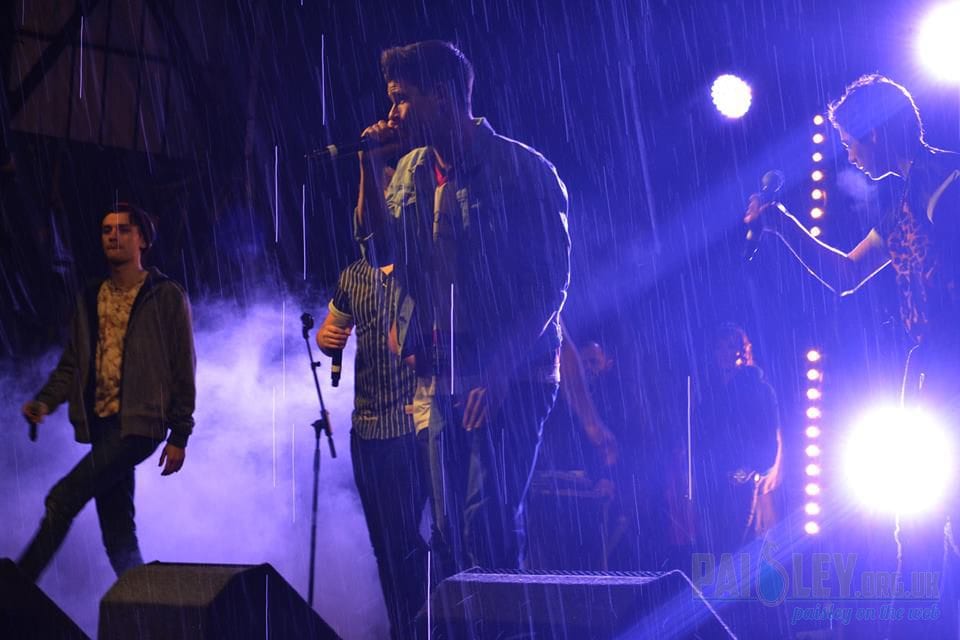 Welcome to the Paisley Newsletter, The main fireworks event is out of the way with the Paisley Daily Express and Council quoting 20,000 people attended the event… Well I couldn’t say for certain as my position overlooking the Town Hall and Paisley Abbey meant I could only see the crowds in Dunn Square and the place was packed.. It might not have been like this though with our furious attempt to let people know the event was still going ahead as rumours had spread it was cancelled due to the weather as it was pouring down.
Photograph of the Paisley Fireworks over Paisley Abbey taken by our Partners Digitalpict Photography, an amazing company and one we would recommend using for weddings, family portraits, portraits etc.. Visit their Facebook Page here www.facebook.com/digitalpict say you seen them on Paisley.org.uk Please support Paisley on the web.

Photographers from Paisley on the web were still in town braving the non stop rain to capture some excellent photographs of the days’ events, hosted by Clyde 1′s Gina McKie and including some great young local talent on stage. October 31, 2013 · Paisley Scotland · Paisley Panda visits brave Kerry in Hospital. A Paisley girl got a shock when she received a hospital visitor that she was not expecting, as Paisley Panda dropped in to visit Kerry Robertson (19) at the Southern General’s ward 62 on Friday 25th October. Kerry, a St Mirren fan and panda collector, was in complete shock when she turned to see the Giant Panda walking towards her. Her mum, Paisley.org.uk’s own Tracey Clements said “Kerry has been feeling quite down,…
Open this article

Sisters reunited thanks to Paisley on the Web

October 31, 2013 · Paisley Scotland · Sisters reunited thanks to Paisley on the Web. A week ago we were contacted by a lady in England who was looking for family in the Renfrewshire area. We suggested she post on our Facebook group page and see if she got any leads from our thousands of followers. Before Stephanie’s grandmother passed away in January she gave her some information that she hoped would help her locate her sister, but without success. Stephanie has never met her sister and…
Open this article

October 31, 2013 · Paisley Scotland · New Johnstone town hall praised as building work starts. The new £14.5m Johnstone Town Hall has been hailed as a development which will benefit the whole town, as work starts on the new building. Workers have been on site this week to start groundworks on the 21-month project to build and fit out the state-of-the-art town hall. The building is being taken forward by Renfrewshire Council and represents a massive investment in the regeneration of Johnstone. When it opens in…
Open this article