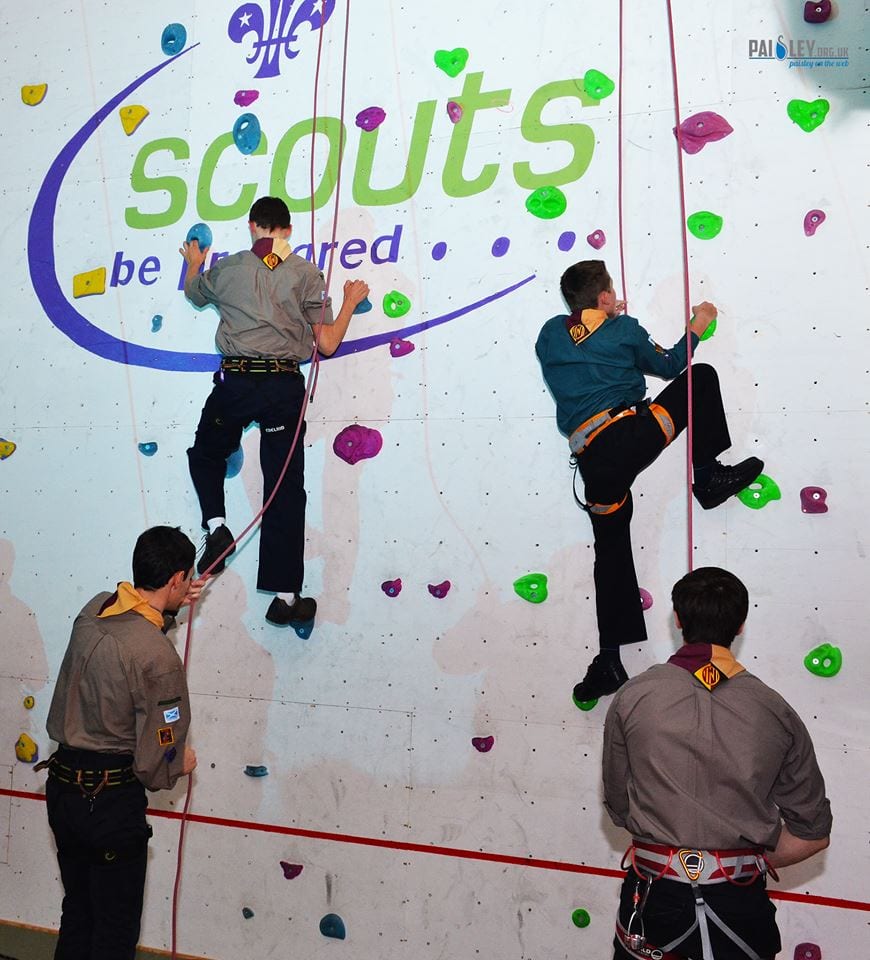 Opening of the Bield Activity Centre.

The UK Chief Commissioner for Scouting Wayne Bulpitt, who had travelled from London, addressed the audience and spent time chatting to the youngest members of the Group.

The JNI Group offers Scouting activities to girls and boys from 6 to 18 years, with 150 members throughout the Group.
The centre has been developed for the wider community over the last 2 years at a cost of £400,000, now boasting 2 climbing walls within the 3 separate halls.

At present there are 15 community groups making use of this great facility weekly, three of which were represented at the opening ceremony. The centre is also available for hire on a one-off basis for parties and wedding receptions. Contact Tom Allan on 01505 814502.

The main funders of the project are The National Lottery, Postcode Lottery, Community Energy Scotland, Renfrewshire Council, and Scouting.

All photographs taken by Alex Slaven Photography on behalf of www.paisley.org.uk