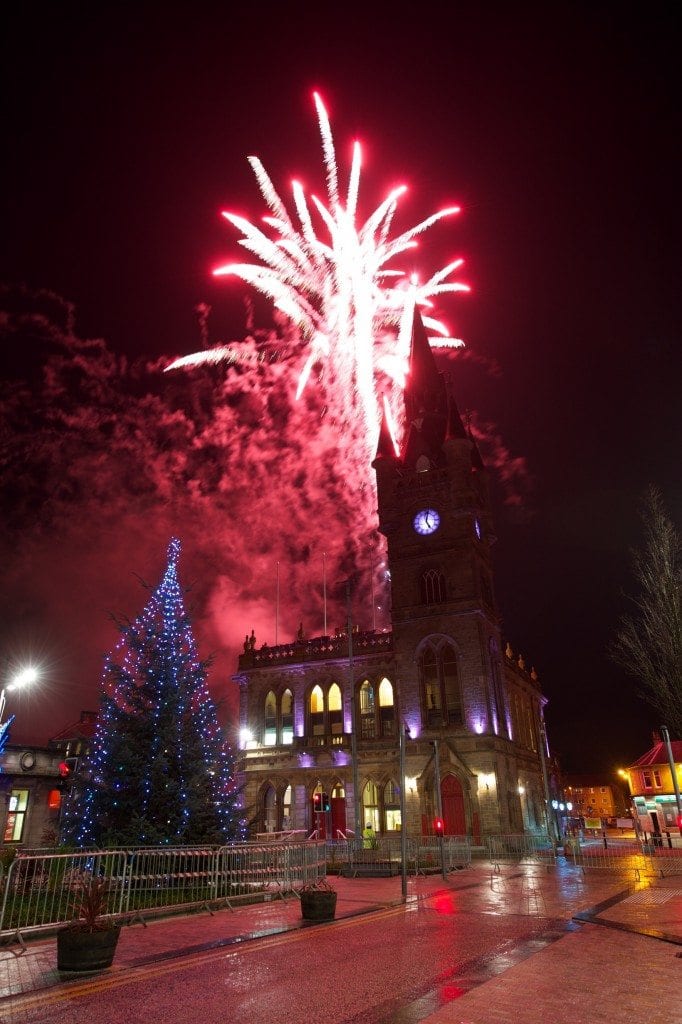 Renfrew revellers are getting set for a party when the town’s Christmas Lights Switch-on takes place on Saturday 23 November.

The popular annual event is expected to attract a big crowd to the town hall, with a day of family fun and fireworks on offer.

There will be children’s entertainment throughout the day from noon, with stilt walkers, face painters, circus performers and a puppet show.

Santa himself will be on hand to dish out presents to local youngsters in his grotto, while there will also be fun fair rides next to the High Street.

Another highlight will be a concert of traditional carols by the Renfrew Burgh Band.

The big event takes place at 5pm when Renfrewshire’s Provost Anne Hall flicks the switch to light up the town centre, followed by a fireworks display set against the backdrop of the town hall tower.

“The day will give Renfrew its chance to shine in the festive spotlight after the event in Paisley a week before.

“Renfrew’s town hall only reopened in 2012 after a £5m revamp, and events like this allow everybody to take advantage of the improved facilities.”

This year’s event will be bigger than before thanks to additional funding of £7,500 provided by the council’s Renfrew and Gallowhill Local Area Committee.

Councillor Eddie Grady, committee chair, said: “This annual Christmas lights event is an important day for the Renfrew community, which is why we wanted to show our support by adding extra money to the budget.

“The event is always well attended and I’m sure it will attract another good crowd on the day.”

Drivers should note there will be road closures for one hour from 4.30pm in the area around the town hall, including parts of Hairst Street, Canal Street and High Street, while the fireworks take place.

The festive fun moves on to Johnstone a week later, with the Christmas Lights Switch-on in Houstoun Square on Saturday 30 November from noon until 5pm.

More information can be found at www.renfrewshire.gov.uk/events