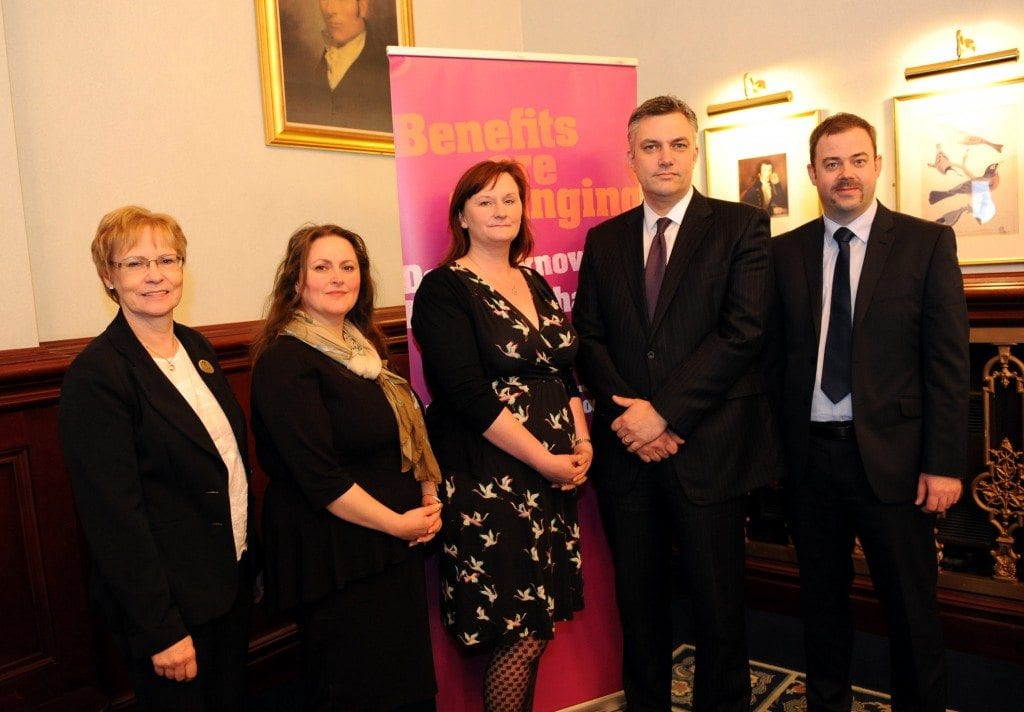 Councillor Mike Holmes, Depute Leader of Renfrewshire Council, said: “Our third sector has such an important role to play in helping and supporting communities who are being hit by the UK Government’s benefit cuts. Many vulnerable families go to local organisations looking for help and it’s vital that we keep sharing information about the support available to residents who are struggling.”

Councillor Mark Macmillan, Leader of Renfrewshire Council, unveiled plans for a £500,000 funding injection for Renfrewshire’s Credit Unions at the event. He said: “Welfare Reform continues to be the most significant threat to our area and we want to make absolutely sure we keep dialogue open with our third sector partners.

“Responding to the benefit cuts and helping the area cope is a top priority for this council and we’ve demonstrated this through a package of measures that include topping the DHP fund to its maximum and pledging significant funding to support a credit union initiative that will help residents gain access to banking and fair credit.

“But over and above the work we’re doing, we recognise the valuable work being delivered by local third sector organisation in towns and villages across Renfrewshire to support the vulnerable through these difficult times. I’d like to thank everyone who came along to our event.”