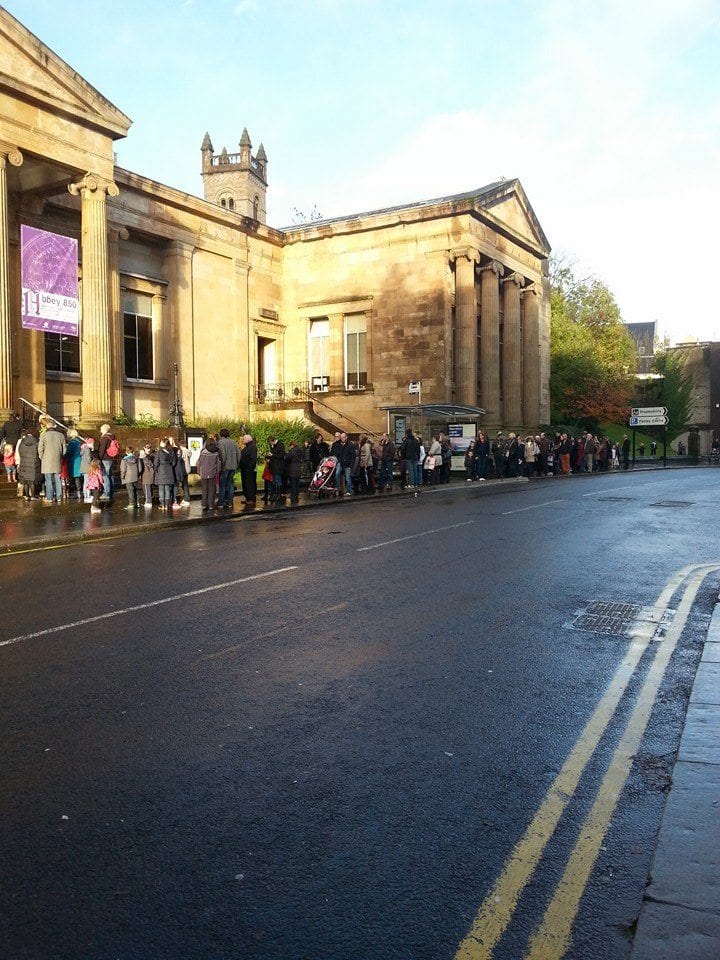 The second part of the phenomenally successful ‘Brick City’ exhibition opened at Paisley Museum on 23 November. ‘Brick Town’ is an interactive element of the Brick City exhibition, where members of the public are invited to get creative by producing their own LEGO® versions of Paisley town centre, alongside LEGO versions of famous Paisley landmarks such as Paisley Abbey and Paisley Town Hall. Visitors will also be encouraged to participate in a public art piece: a mosaic of the world famous Paisley Pattern, constructed entirely of LEGO.

Brick City features many impressive replicas such as the London 2012 Olympic Park, Rome’s Colosseum and the Las Vegas strip. The exhibition also includes a model of London’s St Pancras station, which measures 5 ft tall and 12 ft long, and contains no less than 180,000 LEGO bricks; Brick City celebrates the best of global architecture and the simple magic of the famous Danish children’s toy.

The exhibition takes place at Paisley Museum, until 16 February. Tickets cost £4 (£3 conc), Family ticket is £12 (2 adults and 2 children). Children under 3 go FREE. For the duration of Brick City only Paisley Museum is extending its opening hours to the following: Wednesday, Friday, Saturday 11am to 4pm, Tuesday and Thursday 11am to 5.30pm and Sunday 12pm to 5pm.

A photograph uploaded by Eigen Interiors on their Facebook page went viral hours after being posted a couple of Saturdays ago when the Lego Exhibition was first launched. It shows a long queue building outside Paisley Museum which is a very rare occurrence and just goes to show the popularity of the exhibition.