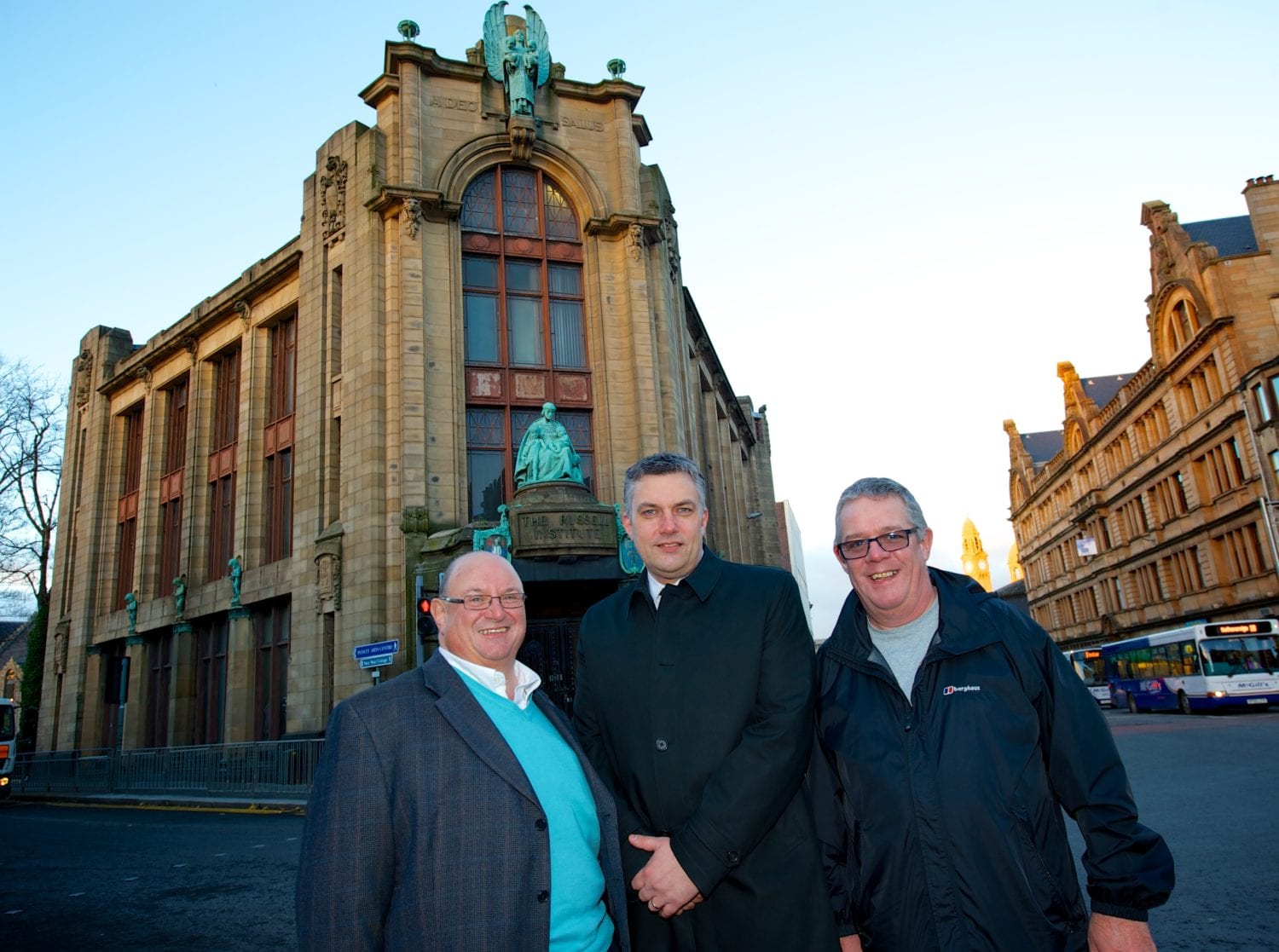 Plans to restore one of Paisley’s architectural treasures to its former glory are taking a giant leap forward after Renfrewshire Council secured a £2million funding windfall.

The Russell Institute is one of the town’s most striking landmarks – but the former health centre is lying empty and needs work to be brought back into use.

The council has been working with NHS Greater Glasgow and Clyde on a plan to save the building, with the health board having gifted the Institute for the good of the community.

An organisation has been lined up to move in if funding to help pay for the revamp could be secured.

And a £2m application to the Scottish Government’s Regeneration Capital Grant Fund has now been given the green light.

Work to make the 1,750 sq m interior of the building suitable for modern office use is expected to take around two years, and could begin in summer 2014.

Renfrewshire Council Leader Mark Macmillan said: “Paisley’s stunning architectural heritage is one of the greatest features of the town.

“The Russell Institute is a magnificent building and a recognisable town centre landmark, and we are delighted to be able to help bring it back into use.

“This project will also bring significant economic and social benefits, by creating new jobs and allowing us to keep existing ones in the town centre, in addition to the jobs created during construction.

“This is just the latest stage in our continuing effort to make the best of the area’s built heritage, including the major revamp of Paisley Town Hall earlier this year.

“Plus, the £3.5m Townscape Heritage Initiative has seen major improvements to the Causeyside Street area, including restoration work on the Arts Centre.”

The council has been working with the Paisley Development Trust – a local group of volunteers dedicated to the regeneration of the town.

They initially commissioned a feasibility study into the building, which formed the basis for the grant application.

The trust’s chair Piero Pieraccini said: “This is fantastic news for the town and I am delighted to hear this money has been secured.

“This is a fantastic building which could have been left empty but this money will allow it to be brought back to life.”

The building is notable for the distinctive bronze and stone sculptures on the exterior walls, and was used as a health centre until it closed in 2011.

Find out more by visiting the Paisley Development Trust Website.

Johnstone gets set for Christmas lights switch-on
Scroll to top