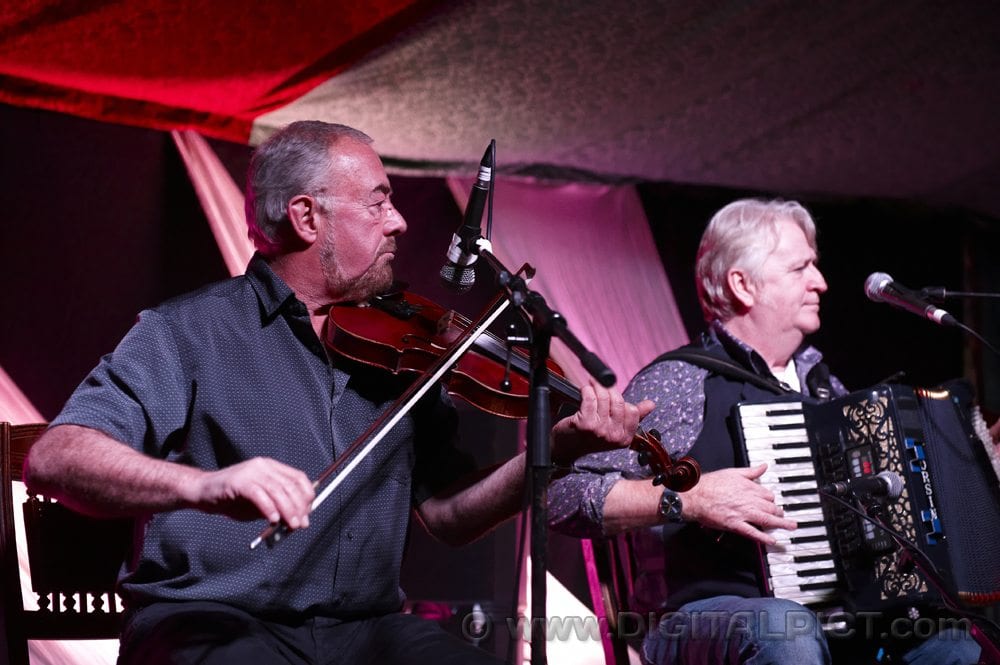 Photographs from the Spiegeltent in County Square, part of The Spree Festival in Paisley.

In 1988, two  members from two of Scotland’s leading bands, “The Boys of The Lough” and “Silly Wizard”, came together to work on a television series. You could say ‘the rest is history’.

Aly Bain and Phil Cunningham enjoyed performing together so much that they decided to have a small tour that year. That was beginning of a remarkable working relationship and friendship that has endured and continued to thrive taking them all over the world.

Ross & Jarlath fortuitously formed at Celtic Connections 2012, following a double bill of the two frontline pipers’ trio line-ups, the pair have fast become one of the most enigmatic duo’s to emerge from Scotland, these young musicians are not only vastly talented but have created a sound that is bursting with energy.

A fusion of pipes and flutes the duo push the boundaries of what the instruments can achieve in a performance which is a vibrant mix of new and original compositions along with traditional tunes. [text courtesy of The Spree]