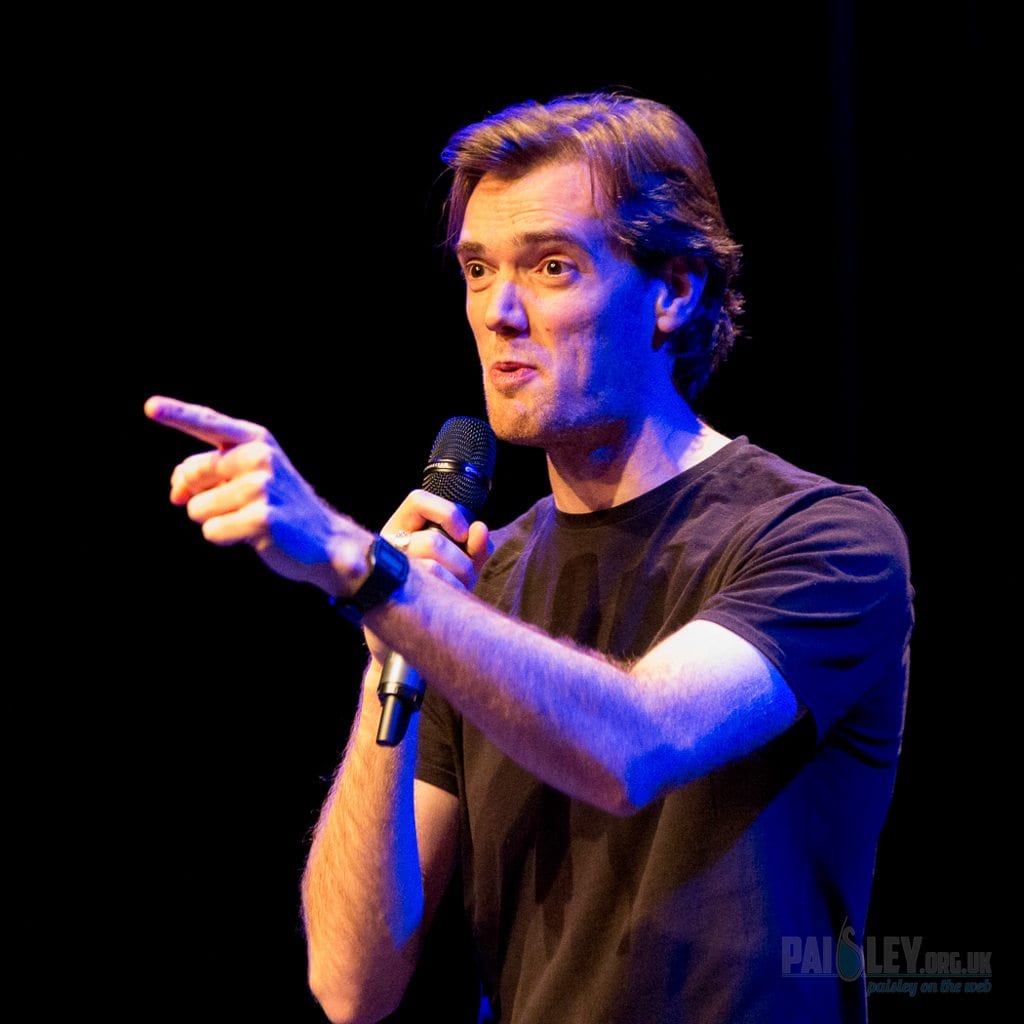 A Buddy Good Laugh, Renfrewshire Arts & Museums’ brand new comedy strand is back this Halloween week with another superb line-up of Scottish comedians primed and ready for devilishly good laughs. First on the bill is acclaimed comic, storyteller and social commentator Bruce Morton. A founder of the Funny Farm Collective in 1989, Bruce is credited for kick-starting the burgeoning Scottish comedy scene and has not stopped since. Nominated for a Perrier Award at the Edinburgh Festival Fringe for his show Sin, Bruce is has since written and starred in comedies for TV, radio and theatre.

Winner of the 2003 Chortle Award for Best Breakthrough Act, The Reverend Obadiah Steppenwolf III is a regular feature on BBC 2’s Live Floor Show. With his heavy metal music, black leather and sunglasses, he is definitely not what you would describe as a run-of-the-mill evangelist. Having managed to offend virtually every religious group and been barred from most places of worship, The Reverend has continued to spread the word of the Lord in comedy clubs up and down the UK. Comedy fans take note: The Reverend is not for the faint hearted or the easily offended!

TV presenter, broadcaster and Scottish stand-up legend Des Clarke completes the line-up for this Thursday’s show. Once an exciting rising star on the Scottish comedy scene, Des’ high energy humour has taken him to the Edinburgh Festival every year since 2001, the Glasgow Comedy Festival and further afield to New York, Dubai and Adelaide, earning him legions of new fans along the way. Away from stand-up, Des can be heard weekdays hosting the Capitol FM Breakfast show.

A Buddy Good Laugh will be at Paisley Arts Centre on Thursday 31st October. Doors open 8.15pm and the show starts 8.30pm. Tickets cost £10 (£8 conc) and can be booked in person at the Box Office in Paisley Arts Centre, by phone on 0300 300 1210 or online at www.renfrewshire.gov.uk/onlinebooking

Photograph above taken for www.paisley.org.uk by Alex Kyle Photography.

Glasgow News? Daily Updates part of our network
Observations on a Colony of Adders, Slow-worms and Common Lizards on Loch L...