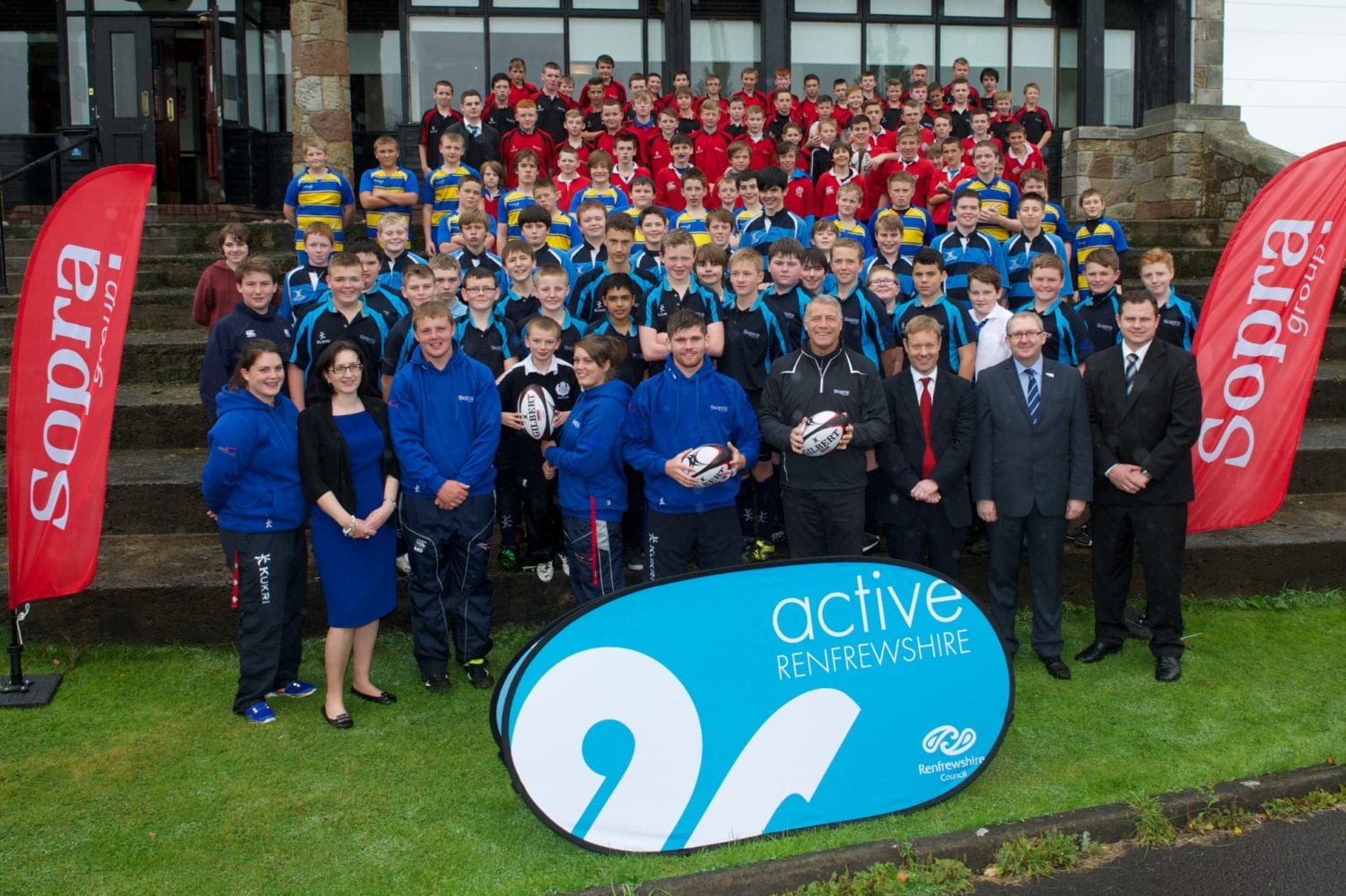 Three young Renfrewshire modern apprentices have landed sponsorship deals for the second year of their programme with Scottish Rugby Union.

The modern apprentices were funded in year one by the Scottish Rugby Union and Renfrewshire Council. With those organisations’ support, the offer from Sopra Group allows them to continue with the programme.

Two first-year apprentices, Daniel Caine and Martin McKellar, have been given support from the council to begin the apprenticeship programme this year.

The money came through Invest in Renfrewshire, the council’s £8m programme to boost the local economy and tackle youth unemployment.

Representatives of Invest in Renfrewshire and the Scottish Rugby Union were also there to witness the apprentices put the pupils through their paces.

Councillor Harte said “It’s great to see companies such as Sopra taking an interest in the young people of the area and helping them reach their potential.

“Invest in Renfrewshire has worked very hard to secure funding for many young apprentices, graduate interns and young people who are out of work.

“It is exciting to see the hard work pay off and local firms getting more involved.”

Ian Huckle said “Sopra Group is pleased to be able to create opportunities for employment via the apprentice scheme. We recognise the positive and dynamic impact sport can have on lives.

“It can inspire and motivate children to strive for a better quality of life and develop core skills. By investing in the apprentices we hope we can help deliver a sustainable sporting legacy in the area.”

Scott Hastings added “With a long involvement in sport and rugby in particular I know that Amanda, Andrew and Murray will be gaining a huge amount from their apprenticeships, as will the children they are working with on a daily basis.

“Coaching has its own rewards and Sopra’s support is helping give young people the confidence to go out into their local communities and make a difference.”