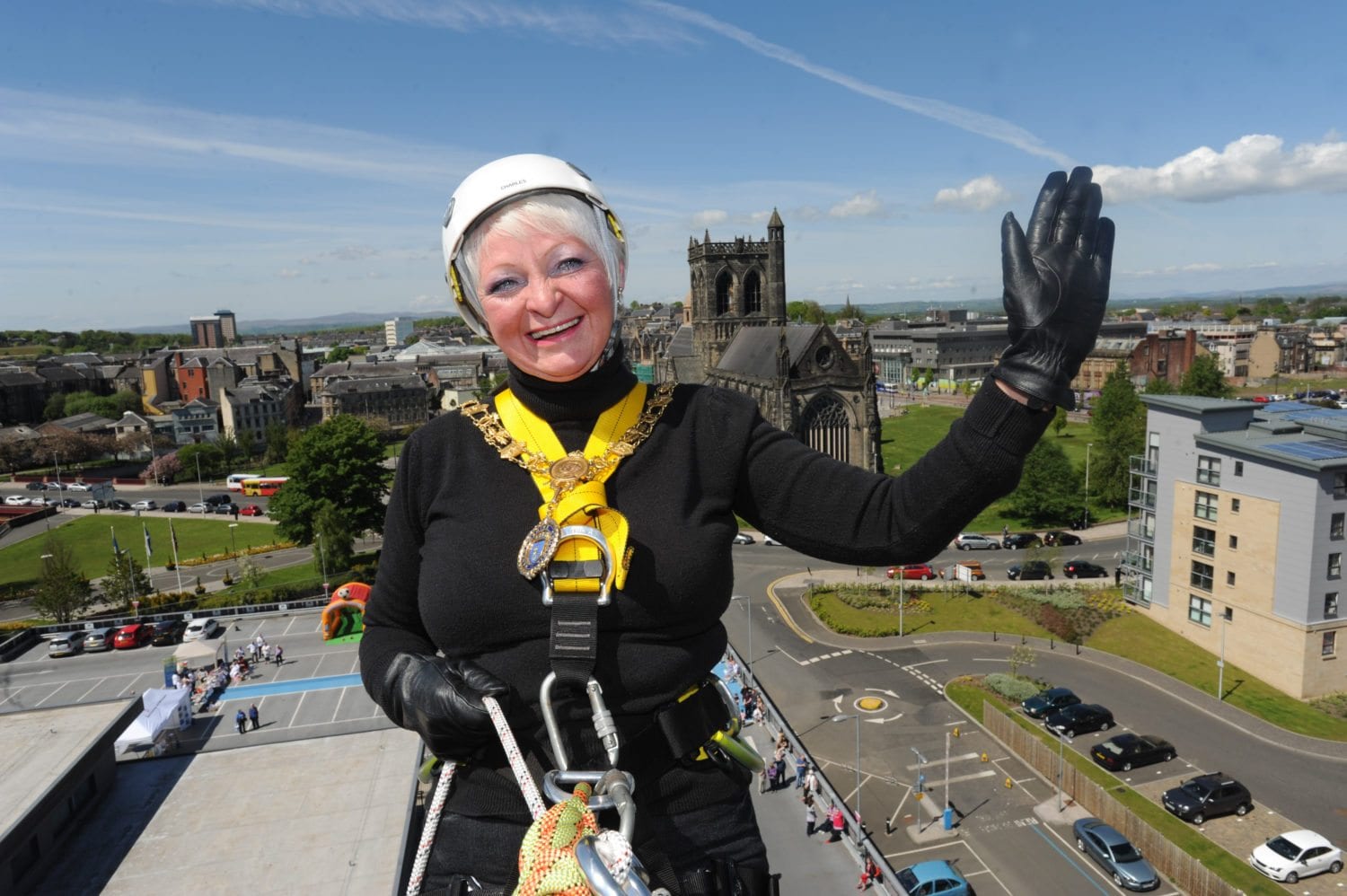 Renfrewshire’s Provost Anne Hall has expressed her delight at the final total raised for four local charities by a summer charity abseil.

Provost Hall and twenty volunteers abseiled from the roof of Renfrewshire Council’s headquarters building in May.

With the final donations coming in this week, the abseil raised a total of £4,753.50.

The event launched a new charity-giving scheme to support four local charities chosen by Provost Hall. The charities – Renfrewshire Carers’ Centre, RAMH (Recovery Across Mental Health) and two hospices, ACCORD and St Vincent’s – will share equally in donations received over the Provost’s term in office.

Provost Hall said: “It was a really exciting experience abseiling from the roof and the perfect way to launch the new charity-giving scheme – and I’m just as excited to hear the final total now all the donations are in.”

“The abseilers all did themselves proud and that’s shown in the fantastic amount of sponsorship money they were able to raise.”

“I’d also like to take the opportunity to once again thank Civil Defence Scotland for guiding us through the preparations and organising everything to do with the abseiling.

“It really could not have happened without their professional expertise. They are a registered charity providing a volunteer national emergency response team and I’m so glad we were able to work with them on this occasion.”

“The abseil was a very encouraging start to this joint fund-raising approach and I look forward to more people getting involved in the months and years ahead.”

Details of more charity fundraising activities from Provost Hall will be announced soon but, in the meantime, donations can be made direct to the collective charity fund online or in bank branches using:

More information about the scheme is available online at www.renfrewshire.gov.uk/provostcharities

To learn more about Civil Defence Scotland, and for information about volunteering with them, visit www.civildefencescotland.org.uk