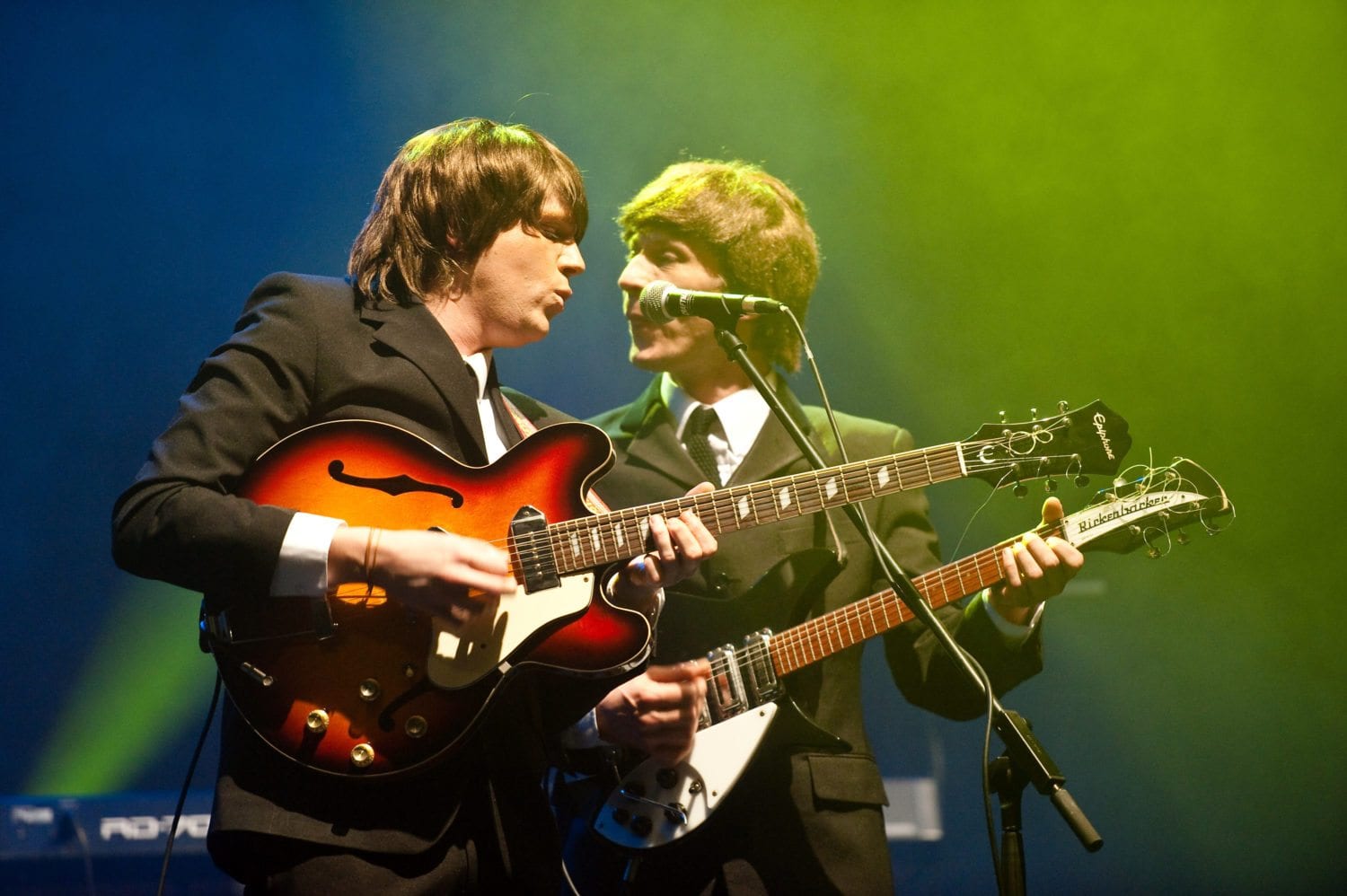 The Magic of the Beatles visits Paisley Town Hall with their No. 1 Hits Golden Anniversary Tour

In 1963, the single Please Please Me launched John, Paul, George and Ringo’s chart-topping career, followed later in the same year with the release of their debut number one album Please Please Me. It announced the arrival of a band that was to become the biggest-selling recording artists in the world.

During the sixties, the Fab Four’s live shows saw fan hysteria never seen before or since – leading to the coining of the phrase ‘Beatlemania’.

And the show promises to transport music fans from the Beatle’s Mop Top roots to the psychedelia of Sgt Pepper and beyond, from Love Me Do to Let It Be.

Fifty years on, The Magic of the Beatles ensures the Fab Four’s remarkable musical legacy lives on, live and in concert.

The Magic of the Beatles will be at Paisley Town Hall on Thursday 3 October, 7.30pm. Tickets cost £16 (£14 conc) and can be purchased by calling the Box Office on 0300 300 1210 or going online to www.renfrewshire.gov.uk/onlinebooking