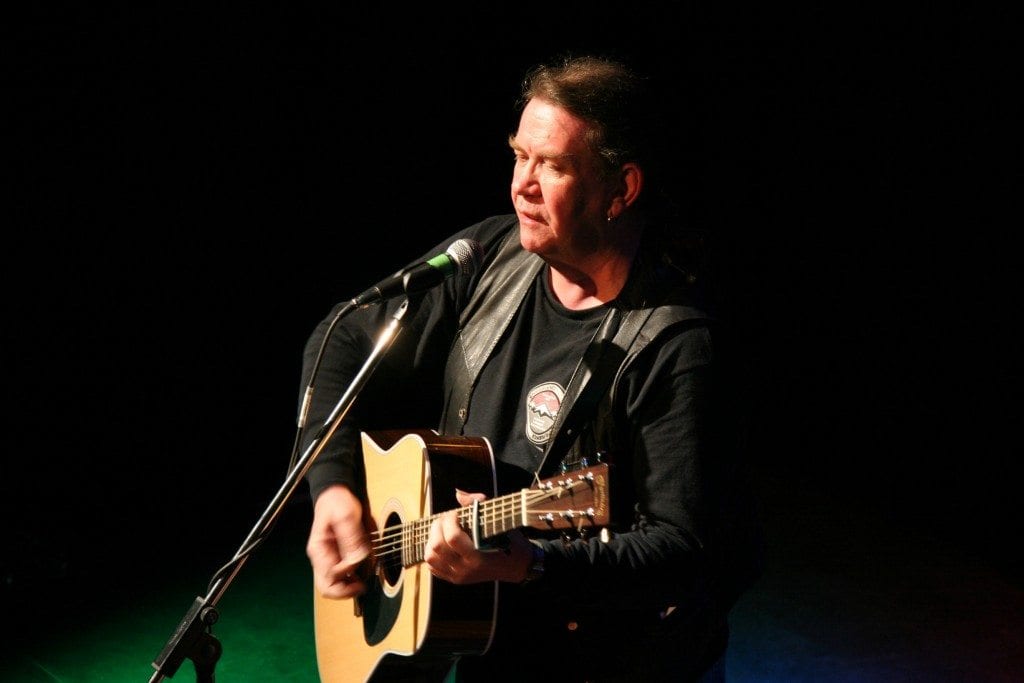 Brought up immersed in the culture of the Gaels, both Scots and Irish, it is clear Gaughan’s upbringing has helped shape his musical style.

Dick first turned professional musician and singer in 1970, and over the course of his hugely successful career has played with legendary Scottish folk-rock band Five Hand Reel, composed music and film for television dramas, recorded countless solo albums and was commissioned to create a 90-minute orchestral work that was performed at the closing concert for Celtic Connections in 2004. Gaughan’s act is simple. He is a stunning singer with a wonderfully expressive voice belying passion, allied to a dazzling guitar technique. Dick just doesn’t deliver gigs that are ‘ordinary’, which music fans will discover at Paisley Arts Centre on the night.

This simplicity has seen Gaughan remain at the cutting edge of Scottish music for over four decades, earning serious acclaim from his industry peers along the way. Currently, Gaughan is the only performer to hold the joint honours of a Lifetime Achievement Award from the BBC Radio 2 Folk Music Awards and an induction in to the Scots Traditional Music Hall of Fame.