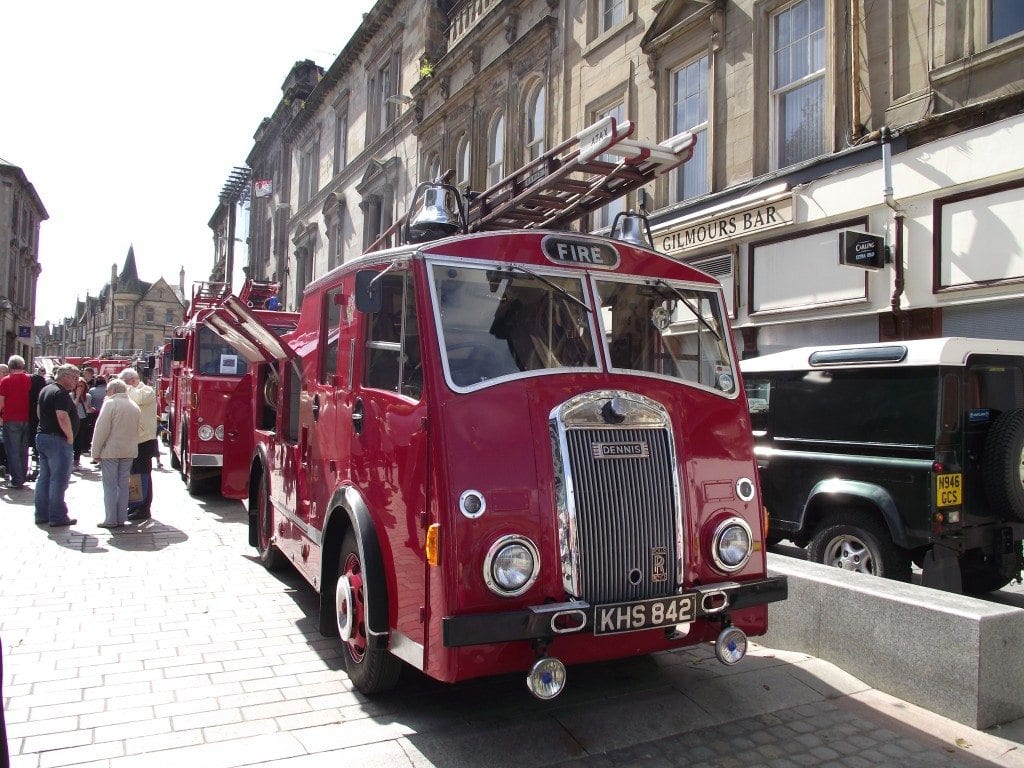 Renfrewshire residents will get the chance to go on red alert with rescue vehicles from yesteryear this weekend when the Fire Engine Rally takes place in Paisley.

The popular annual event is expected to draw a crowd to the town centre as young and old alike gather to get up close with a collection of vintage fire engines from through the ages, alongside some modern appliances. The engines will then gather in County Square and Gilmour Street for a family fun day, including chip-pan fire demos, kids’ entertainers, a fire-engine bouncy castle and much more.

The parade leaves Canal Street at 11am, with entertainment running until 4pm.

The event – now in its fifth year – is being run by Renfrewshire Council and the Scottish Fire and Rescue Service Heritage Trust.

Renfrewshire’s Provost Anne Hall said: “The Fire Engine Rally is the latest in our series of town centre events running through the summer.

“We have already had great crowds for Sma’ Shot Day and the Paisley Pipe Band Championships, and hope to have the same again on Saturday.

“The Scottish Fire and Rescue Service Heritage Trust do a great job of keeping these machines operational, and I would encourage residents to come out and see this little bit of history in action for themselves.” “The range of fire appliances on show at the event will include the very old alongside the latest models which serve the community day in day out.

“The rally is a fun event but there will also be an opportunity for people to get safety advice and arrange a home fire safety visit by fire crews whenever it suits them.”

Count down to the Paisley 10K underway. Are you registered?
Scroll to top